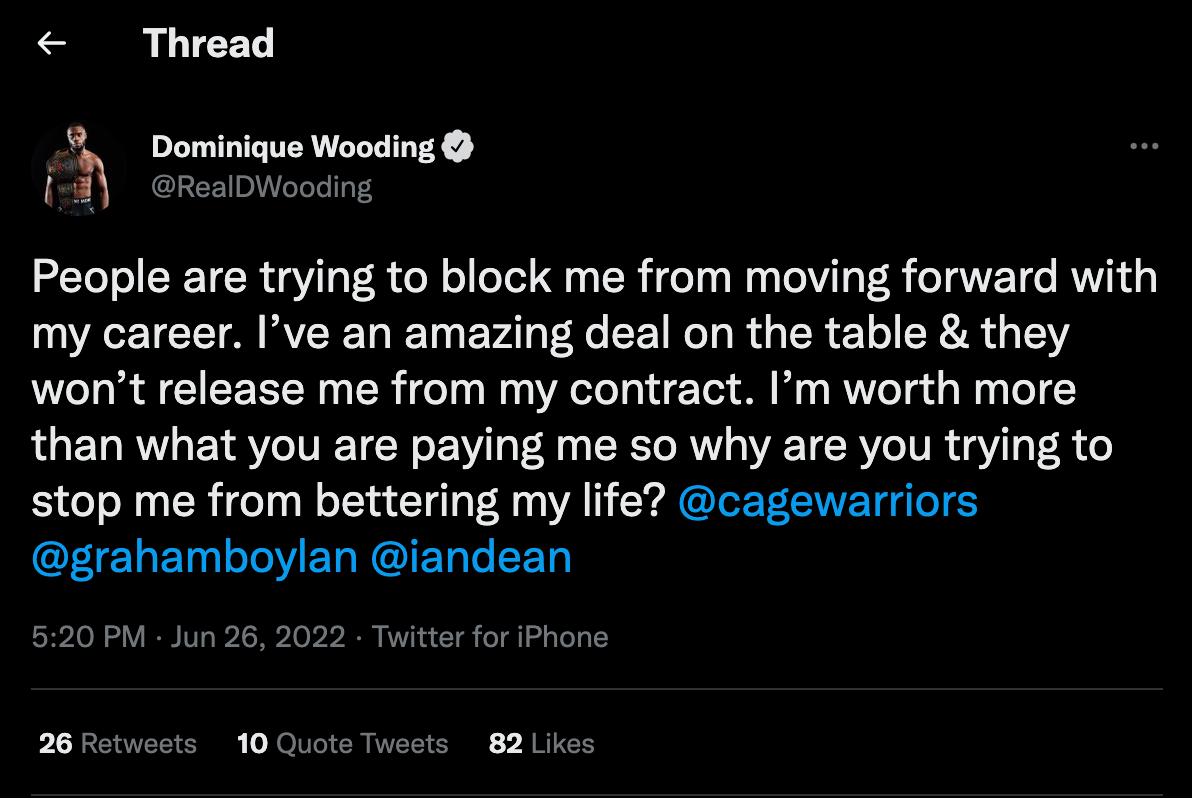 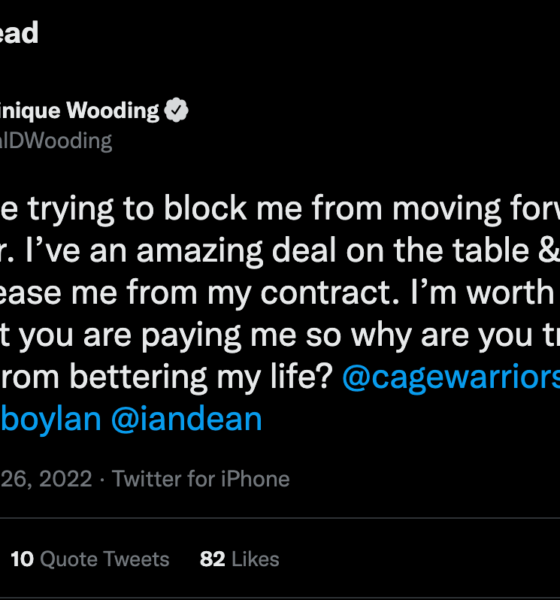 For months now, current Cage Warriors Bantamweight champion, Dom Wooding, has been on the cusp of a UFC call up with it originally believed he was scheduled to compete on this season of Dana White’s Contender Series. Wooding has broken the silence in regards to his current Cage Warriors deal, and what could be causing the hold up.

The 25-year-old released a thread of tweets explaining that Cage Warriors are in fact not agreeing to release him from his current contract, with a better offer elsewhere on the table.

“Black Panther” is currently riding a 3 fight win streak, all coming by way of knockout. Since the beginning of the year, there have been several calls from fans and MMA experts to get Wooding on a UFC card in the UK. Dan Hardy explained on VMTV Vaults, that he was disappointed Wooding hadn’t gotten a call up for the UFC’s return to London in March.

Murmurs then began that Dom Wooding was in fact getting a call up to season 6 of Dana White’s Contender Series, but since then, there has been no confirmation in regards to that.

In Wooding’s recent tweets, the situation has become more clear, and the reason there has been no confirmation of his possible inclusion on Dana White’s Contender Series, seems to lie with his current promotion, Cage Warriors.

The Bantamweight champion explained that ‘People are trying to block me from moving forward with my career’ and that his chapter with Cage Warriors ‘is done’. Wooding went onto explain that there is in fact an offer on the table from another promotion, however, Cage Warriors will not release him from the contract.