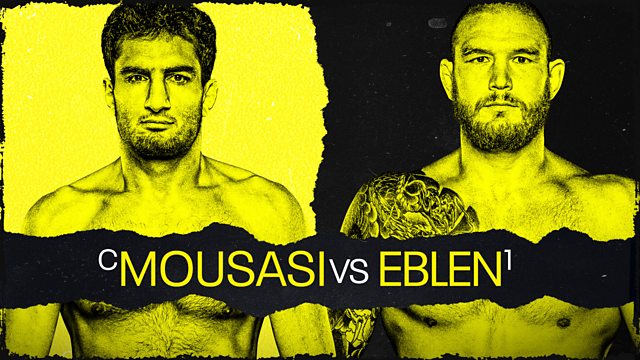 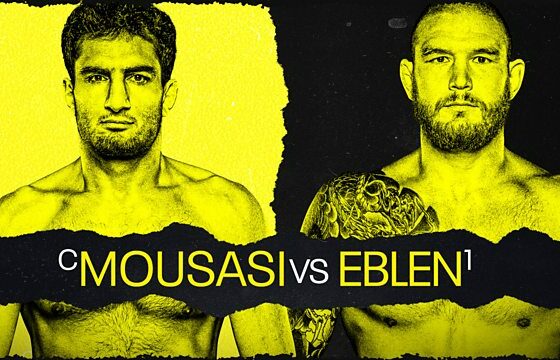 On June 24th, Johnny Eblen will be the next contender to try and crack the current Bellator Middleweight Champion, Gegard Mousasi, when Bellator 282 takes place at the Mohegan Sun Arena in Uncasville, Connecticut.

In his short professional career so far, Eblen has gotten through 11 fights, relatively unscathed, but tests don’t come much tougher than “The Dreamcatcher”. Johnny Eblen only made his professional debut five years ago, whereas five years ago, Mousasi had already accumulated over 40 professional MMA wins. Regardless of Mousasi being a household name in MMA, Eblen explained how he’s ‘not a fan of his’ despite him being an MMA legend. “Not really a fan of his, but I knew who he was. Not at 12, but following MMA, I knew some fighters and he was a guy I came across, I’d seen a couple of fights.” Eblen said.

Despite Eblen having far less experience, that was also the case in his last bout with John Salter, someone he dominated in a 30-27 unanimous decision victory. Johnny Eblen possesses a wrestling heavy style, a style which allows him to dominate his opponents no matter the gulf in experience.

The highly experienced and wise Mousasi is unfazed however by Eblen’s style, “On fight night, we’re gonna figure it out. He’s good basically everywhere, but nothing where he stands out. His ground-and-pound and submissions are good, but nothing I haven’t seen.”

The 36-year-old has fought two recognised wrestlers in his last two bouts, and has came out with two emphatic victories. Eblen believes that he is a different animal in comparison to Salter and Vanderford when it comes to his skillset on the feet. “I think I have the skillset to beat Mousasi. I’m not saying Austin (Vanderford) didn’t, not saying (John) Salter didn’t. I think I have the skills on the feet. I think I’m a different animal than Austin or Salter.”

With Gegard Mousasi being the two time Bellator middleweight king, with his current reign spanning over three years, there are always fresh contenders looking to be the one to dethrone him, which is something he is keeping an eye on. “Always. Fabian Edwards, (Anatoly) Tokov, Yoel Romero, Corey Anderson and (Vadim) Nemkov. There’s always another guy, another challenge. Every fight, I respect them and I take it seriously.”

Eblen on the flip side believes the current champion is in fact looking past him and thinks it could prove decisive. “Sure, he’s confident. Probably looking past me, but I don’t really care. I’m going to go in there and put it on him. I’m ‘Moose’ hunting.

“If I knock him out or submit him in the first, whatever, I’m game for it. I’m training for five rounds. If I get a finish I get a finish, if I don’t, I don’t.”

UK viewers can catch the action on BBC iPlayer from 11pm, with the main card scheduled for 2am.