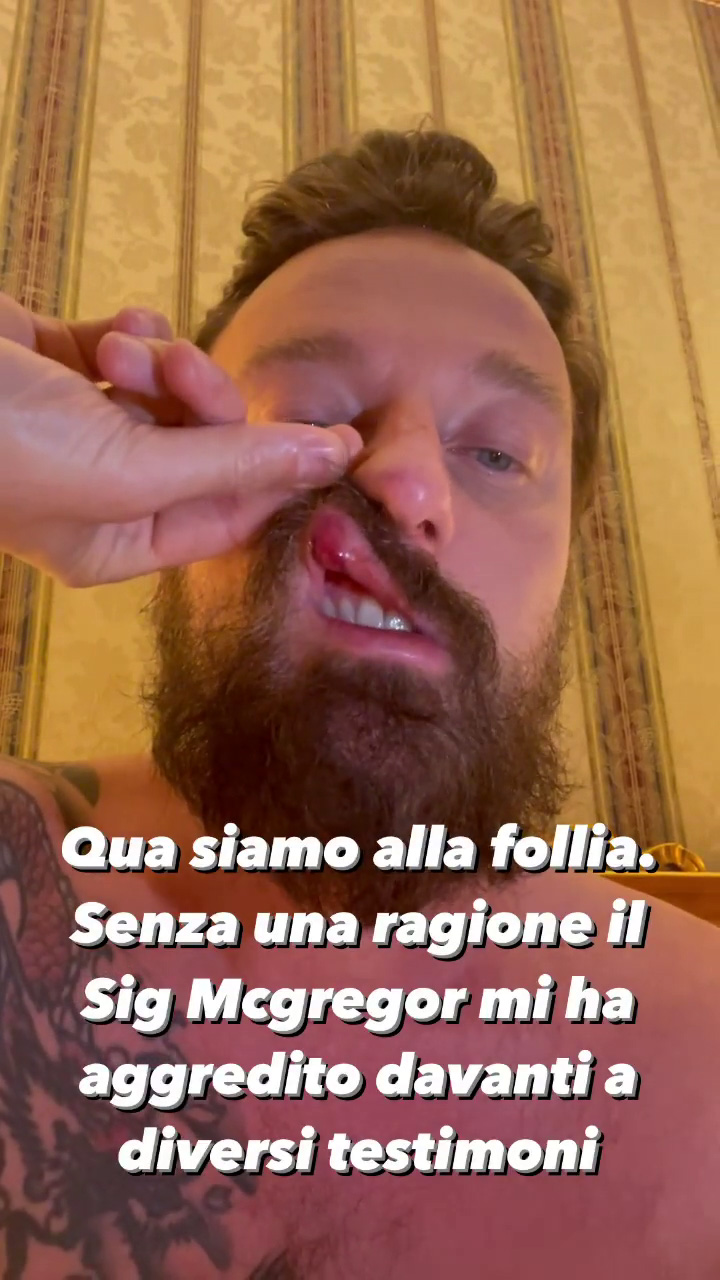 “The Notorious” Conor McGregor has been in Italy for a large part of this week, flying friends and family in for the christening of his youngest child, Rian. McGregor and his fiancé, Dee Devlin, were given the keys to The Vatican ahead of the ceremony. It is site of many famous works of beauty, such as the Colosseum. Well McGregor, being the modern day Gladiator that he is, is trying to keep the tradition alive in Roma.

The former UFC Featherweight and Lightweight champ may want to hop in the confession box after a run in with a well known Italian DJ at the St Regis in Rome. Police were called to intervene in the scuffle which took place at 5:30 am, there is still no word as to what triggered the fracas. The Italian star says it was for no reason in particular.

“I could be silent but someone like him who pulls a punch, think what could happen (…) real fighters don’t behave like that”

“We welcomed him as a hero and instead he’s just a bully of the worst kind … what a disappointment … I feel sorry for him, he has everything but he has nothing …

“He must be stopped because he is dangerous for others. Now I understand why he had 20 bodyguards. Not to defend him from others, but to defend others from him.”

Facchinetti’s wife, Wilma Faissol, was also with them when the fight broke out. McGregor’s own security team had to hold him back as he “wanted to keep beating Francis”.

“He could have killed him, he split his lips and nose (…) I was crying, I was shaking, we called the police and ambulance.”

McGregor has a history of mixing it up with people who aren’t fighters; Machine Gun Kelly, Desmond Keogh (the old man with a granite chin), and now he has added Francesco Facchinetti to the list.

Facchinetti is filling a formal complaint in his hometown of Milan, and is expected to sue Conor Mcgregor for the injuries he has sustained.