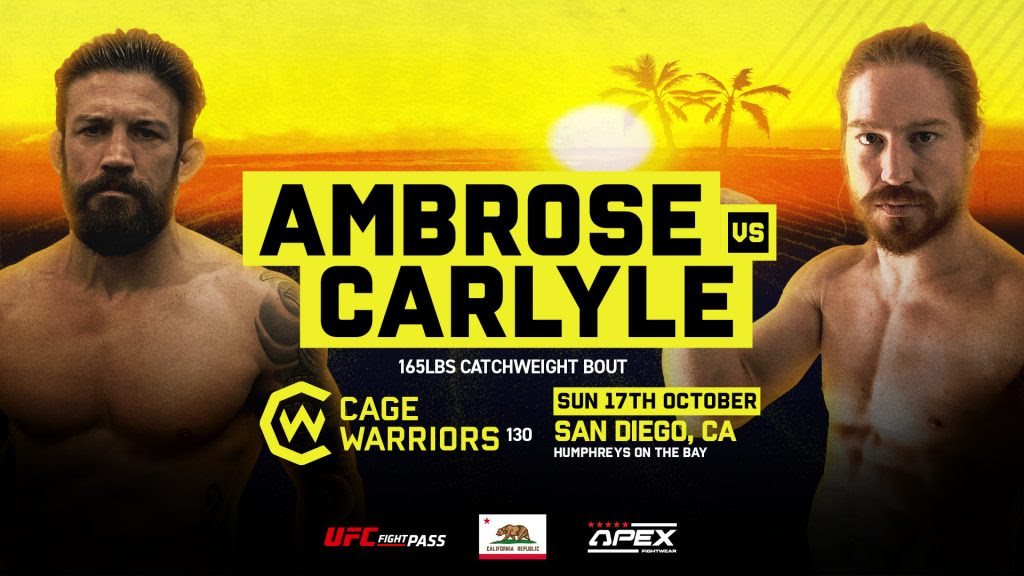 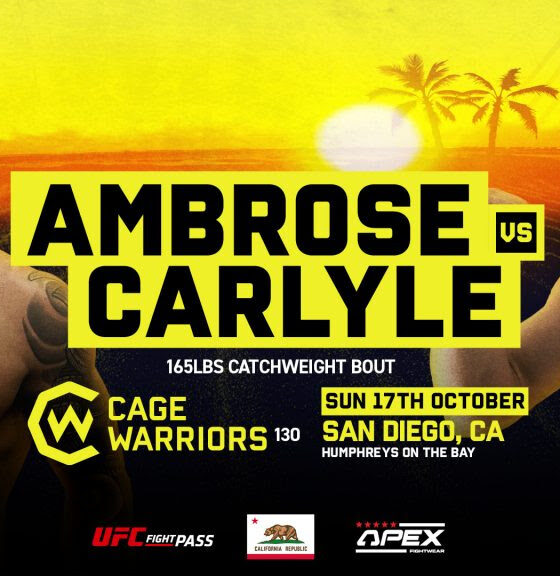 UFC veteran Carlyle took the short-notice fight with Ambrose just this week, after Ambrose’s original opponent, Kyle Driscoll pulled out due to an injury.

“It’s great to be back in San Diego. We’ve got some great fights to look forward to. I can’t wait to enjoy these fights with the fans, I think we’re going to be in for a fantastic night of fights.”

In the co-main event, Max Rohskopf will be looking to build on his win at CW 126 as he takes on Jordan Bailey in a lightweight bout.

Zac Pauga returns at CW 130 as well, as he looks to extend his record to 5-0 against UFC veteran Markus Perez, who stepped in at short notice to fight the Elevation Fight Team member.

Due to an injury, Devin Goodale vs Emilio Williams has had to be removed from the card, with Richie Miranda vs Jamey Lynch being moved to the main card.

On the advice of the Californian State Athletic Commission (CSAC), Alan Benson vs Justin Barry has been moved to a 195lbs catchweight bout after originally being scheduled at middleweight.

Doors at Humphreys On The Bay will open at 5:30pm PT with prelims beginning at 6:30pm PT live on UFC Fight Pass, with the main card beginning at 8pm PT.

*Markus Perez and Tyler Escoto forfeit 20% of their purse for missing weight.