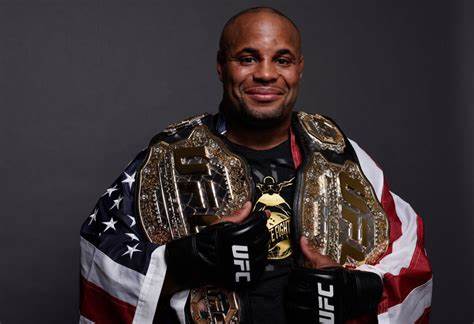 Conor McGregor was in the news again, he hit the red carpet and tried to hit Machine Gun Kelly while he was at it. The rumour mill starts churning whenever something like this happens, but it came from McGregor asking for a photo. It was probably for a social media post with the caption “Machine Gun Kelly with Machine Gun McGregor” or something to that affect. Anyway, we know Conor doesn’t take no for an answer so a bit of scuffle ensued.

Daniel Cormier, who has been in a bit of a back and fourth with McGregor as well, gave his thoughts on the situation on his show over at ESPN. The fellow champ champ and former Olympian commented that he is stuck in his Notorious persona, and Conor McGregor is yet to reappear.

“The crazy thing about McGregor is when I say the gimmick, I mean the billionaire with the strut and the fancy cars and the money, because the reality is it’s the WWE. You get a character, your character can be The Billionaire, your character can be Vince MacMahon. Vince MacMahon is the evil boss but Vince MacMahon, when he hits that curtain in the back he becomes Vince MacMahon the CEO and Chairman of the WWE. It’s the same with Ric Flair. When Ric Flair was Ric Flair, styling and profiling, kiss the girls and make them cry, woo!, all that stuff. But when Ric Flair hit the curtain in the back, he never stopped. He continued to live as Ric Flair and ultimately that was his undoing. That’s why at 60 you saw him still wrestling, because he had spent so much money, he had lived such a reckless life, it wasn’t sustainable.”

McGregor did say he was going to lose his mind in this game, and like his clairvoyant person Mystic Mac he predicts these things.

McGregor has become lost within the sauce it seems. He has mocked Khabib and his deceased father, Adulmanap Nurmagomedov.

He also threatened Dustin Poirier’s and insulted Poirier’s wife after UFC 264 following the unfortunate stoppage of their third fight.

Cormier belives that this isn’t it for Conor, however, citing the love of the game for the reason that we will The Irishman step into the Octagon again.

“You come through the crowd. You walk through the crowd and the hands are reaching towards you, everybody’s screaming, that’s what you get from the UFC. But you don’t have a helmet on, your face is not hidden, you’re just you, as naked as you can be, walking through that see of fans where somebody wants a piece of you. It’s addicting. And when that octagon door closes, that fight, knowing that that man wants to take you out, that feeling is second to none, and for Conor McGregor, who is a fighter, you can’t replace that. A dollar amount will not equate to what you feel when you feel the mat on your bare feet, when you’re in there with the referee and the guy and you know what’s coming next. You can’t replace that with a dollar value and I think that’s why Conor will never lean into celebrity more than the actual fighter.”