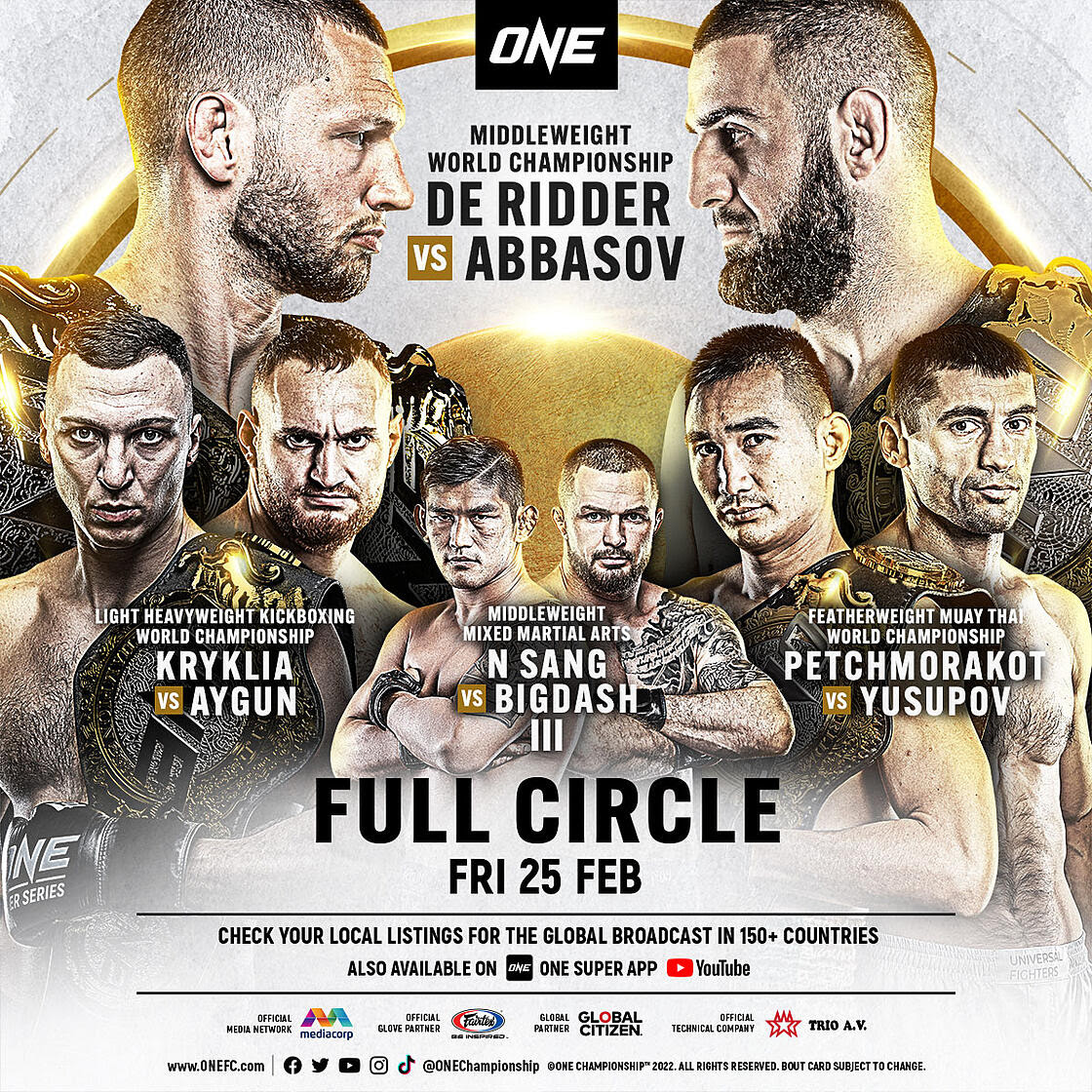 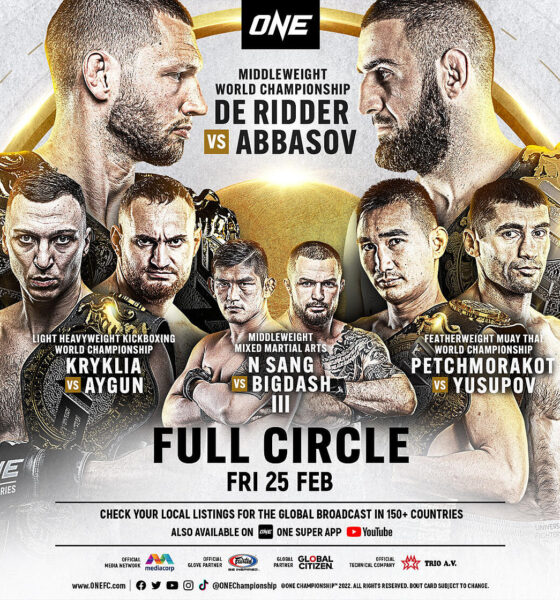 ONE Championship™ (ONE) has announced the complete lineup for ONE: FULL CIRCLE, which broadcasts live from the Singapore Indoor Stadium on Friday, 25 February.

Check your local listings for the global broadcast in over 150 countries. The event is also available on ONE’s YouTube channel and the ONE Super App (some regions excluded).