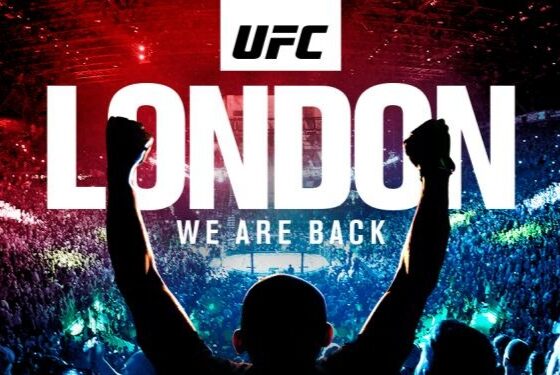 After three long years, UK MMA fans will be pleased to know the UFC have officially announced their return to London at the O2 arena on March 19th.

The last time the MMA giants touched down in London was on March 16th of 2019, with the pandemic halting any plans for a UK event in both 2020 and 2021. Since the last event in London, the British talent pool the UFC boasts has certainly improved.

Not only have the likes of Tom Aspinall and Jack Shore cemented themselves as bonafide contenders, top UK talents such as Muhammad Mokaev and Jake Hadley have entered the fray and look to make their mark on the biggest stage of all.

Liverpools own Paddy Pimblett has also made waves in the UFC since his arrival, becoming a major talking point among MMA fans after his first round KO over Luigi Vendrammini on his UFC debut in September.

As of yesterday, it looks like ‘The Baddy’ may be heading to London too, with Dana White mentioning Jared Gordon as a likely opponent on The Dave Portnoy Show. The fight is yet to be confirmed, but it seems likely Paddy will join his good friend Molly McCann on this long awaited show.

A main event for the card has yet to be announced, but with ranked contenders such as Arnold Allen and Darren Till yet to be booked, there’s still plenty of room for a few more bill topping fights.

The obvious choice would be UFC welterweight contender Leon Edwards. Although it seems a title shot is imminent for ‘Rocky’, it is looking like a summer return for the champ Kamaru Usman and thus a London headliner doesn’t look very likely.

The stars are aligning for a blockbuster show on March 19th and with the level of talent coming out of the UK as of present, it looks like we are in for a treat.

Tickets for UFC London go on general sale on February 4th, with early access being available for certain fans on the 2nd and 3rd.

Related Topics:MMAUFCUK MMA
Up Next

5 fights We All Want To See At UFC London