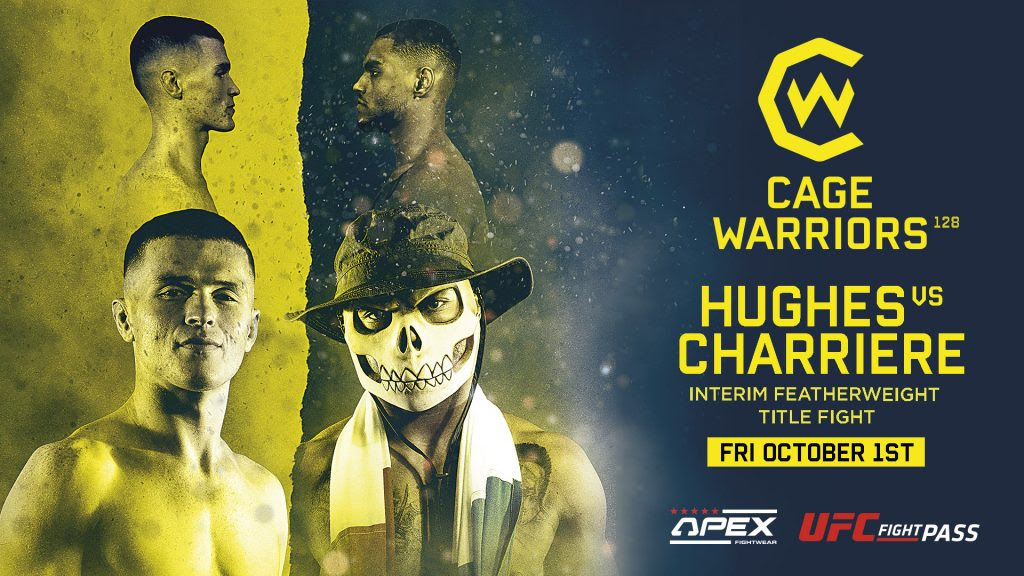 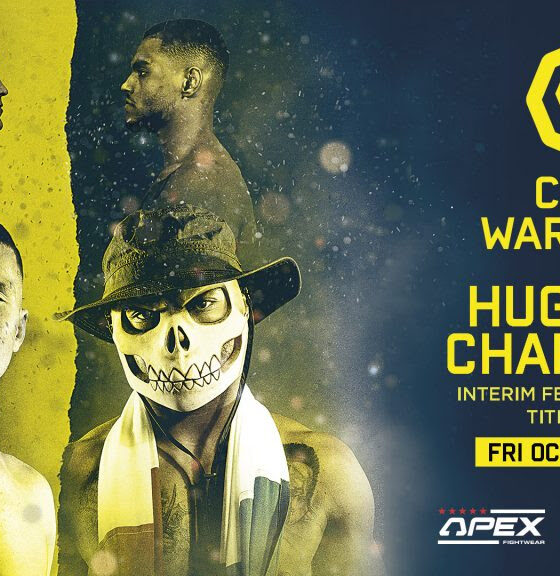 The hottest rivalry in European MMA comes to a head tomorrow night, as Paul Hughes and Morgan Charrière finally meet in the cage, with the winner being crowned the Cage Warriors interim featherweight champion at CW 128.

The rivalry has been bubbling away for 18 months, with the two exchanging constant jibes on Twitter after Hughes called “The Last Pirate” “boring” after his knockout win at CW 112.

Ahead of the fight, Cage Warriors president, Graham Boylan, said:

“It’s time for this rivalry to reach a conclusion. This is one of the most talked-about fights in Cage Warriors history, and the fact we get to put it on in front of our fans in London is amazing. It’s such a tough fight to call, both men are capable of leaving London with the belt.”

In the co-main event, hometown hero Will Currie takes on Frenchman, Jonathon Bosuku in a middleweight contest.

Currie makes his fourth Cage Warriors appearance, the first in front of a crowd, and was still willing to take the fight after his opponent missed weight.

Further down the card, Liam Gittins and Gerardo Fanny will meet in a 130lbs catchweight bout that is sure to deliver fireworks.

Fanny won with an explosive flying knee knockout at CW 125 in his last fight, while Gittins went all out at CW 124 to win via submission.

Who leaves CW 128 with gold around their waist?