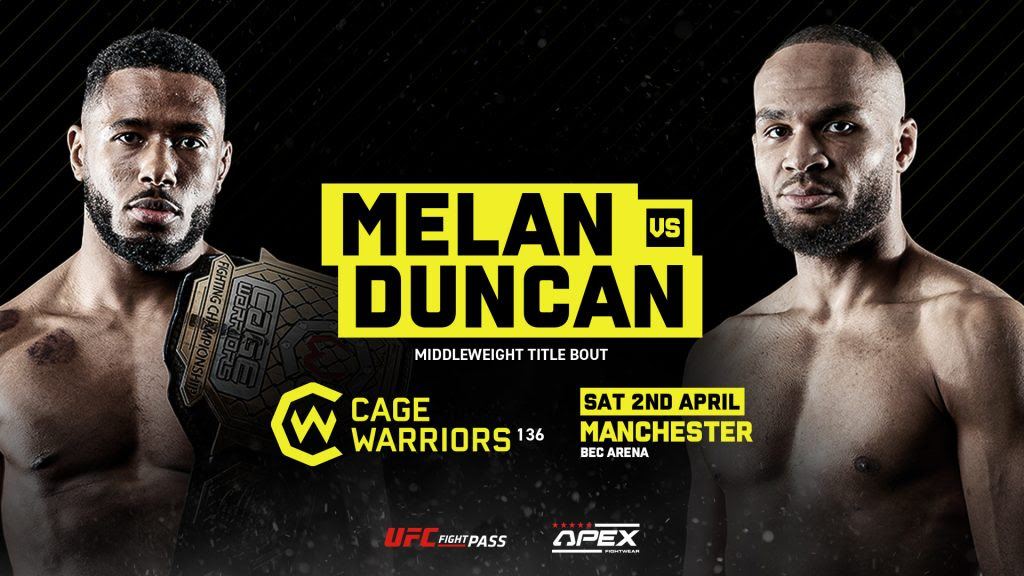 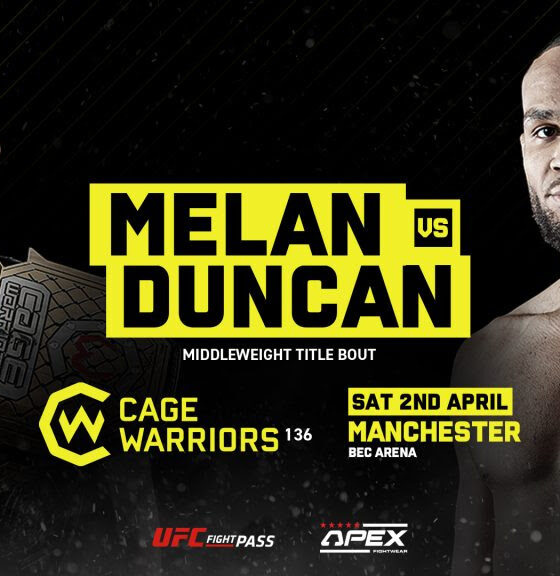 Djati Melan will attempt to defend his middleweight title at the first time of asking at CW 136 in Manchester on 2nd April when he takes on the surging prospect, Christian Leroy Duncan.

The undefeated Frenchman became champion at CW 131, beating Matt “The Beast” Bonner by unanimous decision in front of a raucous crowd at London’s York Hall.

Duncan meanwhile holds a perfect 5-0 record, and was also in action on CW 131, beating Justin Moore by submission in the first round in a display of his grappling skills.

Talking about the middleweight title fight at CW 136, Cage Warriors president, Graham Boylan, said: “This is the kind of fight I love, two undefeated middleweights competing to see who is the best in Europe.

“Melan showed his durability and wrestling skills when he won the title.

“On the other hand though, Duncan has shown just how dangerous his striking is and last time out showed he had the grappling ability to match.

Melan holds a perfect 8-0 record and his wrestling based offence has been difficult to counter.

In those eight wins, Melan has won three by TKO showing his control and volume striking is dangerous for opponents.

When asked about his upcoming title defence, the champion said: “It’s nice to defend my title against Christian Duncan, another great fighter.

“I have had a lot of support from my country since I won the title.

“I will do the job and keep the title!”[

Duncan has finished four of his five wins, with three knockouts and a submission.

2021 saw Duncan nominated for ‘Fighter of the Year’ in Cage Warriors’ ‘End of Year’ awards after he racked up a TKO, a submission and a decision victory.

Speaking about his first shot at Cage Warriors gold, Duncan said: “This is potentially one of the most challenging bouts in my career, alongside one of the biggest rewards.

“This challenge of competing against the current champion adds more fuel to the fire and forces my preparation to be even more detailed and thought out.

“It will be an experience stepping in the cage with Djati.”

CW 136 is the second night of Cage Warriors’ Manchester double header, and is being held at the BEC Arena on 2nd April.