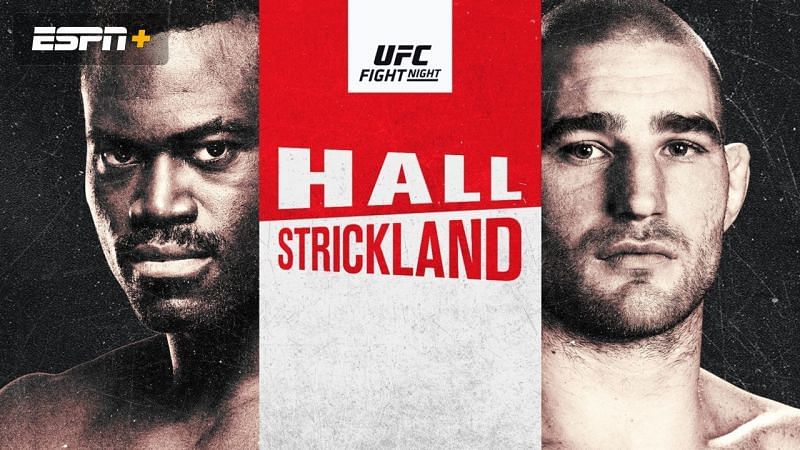 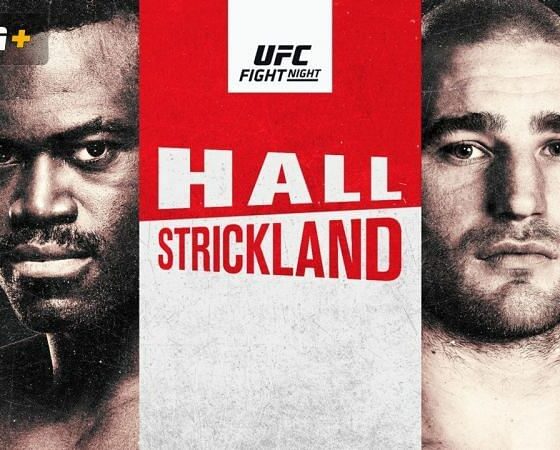 I was given two solid pieces of advice by a horse breeder that I’ll never forget; don’t bet on horses and never give tips. She would probably say the exact same if she was an MMA fan, as that can be just as seemingly random as horse racing.

Both men show a lot of similarities; slow to start in Round 1, serious power in their right hands, good ground and pound, hate the back foot. Both men also prefer fighting orthodox so it looks like it will be a closed guard matchup. Of the two men, Uriah Hall possess the deeper bag of tricks (we probably won’t see a shoulder crank but you never know) and Sean Strickland possess the durability of a zombie so less discuss their keys to success at UFC Fight Night: Hall vs. Strickland.

One of the tendencies Uriah Hall never dropped is his approach when his back is to the fence. He does Golden Age era Anderson Silva impression then circles out with his hands down, into a left hook. Hall was pressured to the fence in the fight with Jotko and got caught there for the better part of the first round. Hall is a slow starter, he often flicks out the jab as a feint but rarely does much with it. He displayed a hard jab against Costa and fought his way off the fence with some knees from the clinch but ultimately got swarmed along the fence.

Bevon Lewis had good results smothering Hall’s hands against the fence and in the center of the Octagon. Strickland does this on occasion so it may be something useful to him. We see it very seldom from Strickland but some body work would serve him well along the fence, much like Costa’s performance opposite Hall.

Strickland is pretty great at catching punches, so pitching them back at Uriah is a good move. Gegard Mousasi had great success on the ground in both of their fights and applied ground and pound liberally. Hall is at his best in the middle of the Octagon, where he does get clipped with left hooks and jabs but other than looks well. Robert Whittaker’s success in their fight came from landing blows from grappling exchanges. So really the gold standard plan for Strickland would be to start early (which can be difficult for him sometimes) get Hall to the fence and keep him there. Either pour it on him standing or drag him to the matt.

Strickland fights out of the orthodox stance, I’ve watched all of his fights since 2016 and he has not changed much other than the fact that he kicks a bit and he’s pretty defensively savvy on his back. He has a good 1-2, with solid power in his right hand, and a good left hook. He smothers the lead hand and catches punches with his shoulders. He doesn’t care about kicks and just absorbs them or tries to catch them and drag them across his opponents body. Of all the fights I’ve watched of his he only timed it once and scored a trip on Brendan Allen. He gets comfortable in the first and gets a finish if his opponents get tired and then he puts his foot on the throttle and swarms them with punches.

Uriah Hall can use Strickland’s appetite for lead legs kick to full effect. I watched a lot of tape on Strickland for this breakdown and he barely checks anything or he tries to scoop the kick. Taleb did not really have much of an answer when it came to the hands but he teed off on Strickland’s lead leg at will almost. A cheeky calf kick into a question mark kick might be an idea as Hall does have the variety in his arsenal to pull it off.

Strickland is also solid when he is pushing the action, probing for an entry and then once he finds it he lets his hands fly. On the backfoot though he does not have much in the way of offence and often leaves the pocket on a straight line. Hall could definitely find a home for the overhand right if he sets it up with a combination but it really depends on what stance Uriah fights out of for this one. Kamauru Usman set up the overhand right well when he faced Strickland but the height difference would often result in Usman clipping his shoulder instead, same goes for Jack Marshman. Brendan Allen, probably the only fighter to ever have a height advantage over Strickland, landed a clean overhand right a few times during their bout.

Uriah’s right hand is quiet versatile, whether it a hook, a straight, or an overhand. He can even catch his man going backwards.

Strickland often shells up and protects himself with his right arm, which is also a his good one. Hall could mix his kicks upstairs on and downstairs, slowing Strickland’s movement and damaging his best weapon at the same time. Uriah Hall is a combination of solid strip mall Karate and an absolute shotgun blast of a right hand, if he can establish the distance and the pace on his terms he may even score a finish.

Then again, the only time Strickland was finished was against Uriah Hall’s signature move, rarely does anyone throw anything unpredictable Strickland’s way and Uriah has a serious toolbelt. If a fight goes on long enough, Uriah will throw the kick (for brand management purposes at this point I suppose).