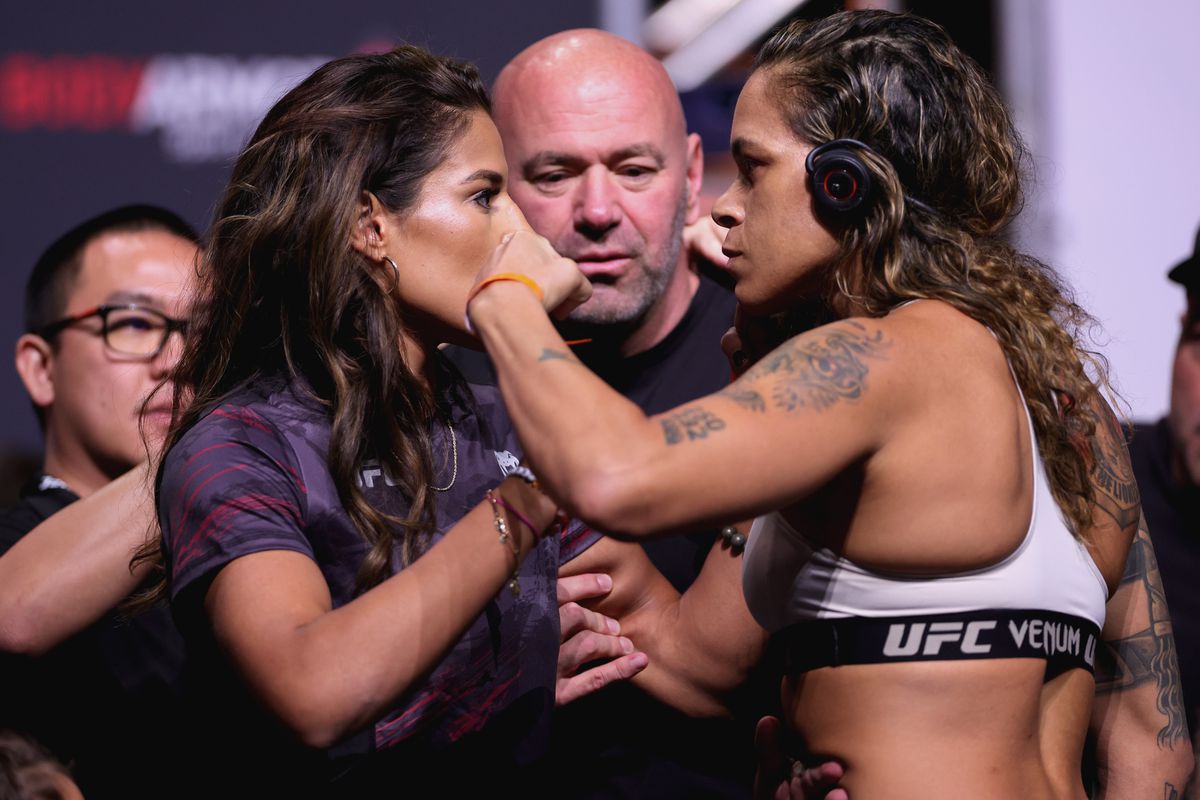 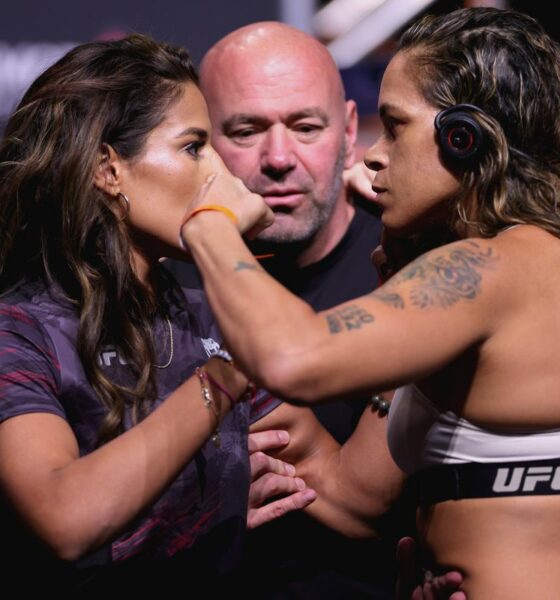 Matchmaker Monday – what’s next after UFC 277?

The UFC returned to Texas once again over the weekend, bringing with it a host of finishes and massive wins. Now, with the dust settled in Dallas, it’s time to look ahead to see what’s next for the winners and losers of UFC 277’s main card.

DISCLAIMER: this is purely opinion based, feel free to disgaree!

Reclaiming her title with an emphatic win and making history in the process, Amanda Nunes left American Airlines Center as the first two-time double champion in history. Her dominant five round display of revenge left fans impressed and solidified Nunes’ GOAT status in women’s MMA. Like we’ve seen before, there are few available challenges for Nunes at present. A third fight with Valentina Shevchenko will always loom, so why not put it together while both champions lack viable contenders? ‘The Lioness’ vs ‘Bullet’ simply makes sense.

Her reign as champion may have been short-lived, but Julianna Pena has made quite the impression on MMA fans in recent times. The durability and heart of ‘The Venezuelan Vixen’ has won her many new supporters, even if it wasn’t enough to repeat her UFC 269 performance against Nunes. A trilogy fight isn’t completely out of the question, but it isn’t something we need right now. Once she has healed from the injuries she sustained, a title eliminator against Ketlen Vieira would make lots of sense for the division.

Mexico’s first ever champion has gold around his waist once again! A tough-fought rematch with Kai Kara-France ended with a stoppage win in round three, which earned Brandon Moreno the interim flyweight title. The only logical matchup for Moreno is a quadrilogy bout with champion Deiveson Figueiredo, in the hopes of both settling the score and unifying the title. The pair have already agreed to a December showdown in Brazil, and I, for one, couldn’t be more excited!

The first title opportunity for New Zealand’s Kai Kara-France ultimately didn’t go his way, but to say it was a poor showing was a lie. The Kiwi made a strong account of himself over the course of the bout and proved that he deserves to be amongst the elite. Championship hopes for Kara-France are out the question for the time being, but that would be easily remidied with a big win. Run back the 2020 classic between he and Brandon Royval. Chaos will erupt, I can assure you.

It’s a rare occasion that someone can explode into the elite of a division in just four wins, like Sergei Pavlovich has. His first round stoppage of Derrick Lewis has catapulted the Russian to the top of the heavyweight division, and another appearance before the end of the year seems likely. Should both be available in late 2022, I think a returning Tom Aspinall would serve as the ideal test for Pavlovich. Whoever walks away with the win in that fight would be lined up for a title eliminator.

The hard times, unfortunately, continued for Derrick Lewis at UFC 277. The stoppage loss to Pavlovich may have been shrouded in controversy, but it still leaves the Texan with three losses in his last four fights. Fighting down in the ranks is a logical move for Lewis. The winner of the upcoming bout between Augusto Sakai and Sergey Spivak could present a tough matchup for ‘The Black Beast’.

The statement that Alexandre Pantoja has been looking to make has finally been made. A quick submission victory notched the tenth first-round finish of the Brazilian’s career onto his record. It’s clear that the flyweight title is in Pantoja’s future, but with the title picture set with Figueiredo vs Moreno 4, the best option is to wait for whoever the undisputed champion is. There’s no point in ‘The Cannibal’ risking his ranking again.

UFC 277 didn’t end up being the triumphant return to action that Alex Perez had envisioned. Despite the loss, Perez will remain a staple of the flyweight elite and could bounce back in a big way with a win in his next fight. He was scheduled to fight Askar Askarov on multiple occasions, and that fight still makes sense. If they can both make the date, throw it on the stacked UFC 280 card in October.

Any lingering doubts about Magomed Ankalaev’s status as a top contender at 205lbs were swiftly put to bed over the weekend. In case you’ve lost track, that’s now nine in a row for the Russian. He’s campaigning for a title shot, but in all likelihood, he’s still one win away. If the supposed Prochazka/Teixeira rematch goes ahead, a title eliminator with former champ Jan Blachowicz makes all the sense in the world.

Given the nature of the injury sustained, this is definitely a disappointing loss for Anthony Smith. He will still be a name in the discussion of top light-heavyweights, but a fight downward in the rankings is likely on the card. Once he’s fully healed and ready for a return, a fight with Nikita Kyrlov could be a barnburner. Both men are highly skilled and are veterans looking to climb the ladder.

How would you matchmake these fighters? Let us know in the comments!