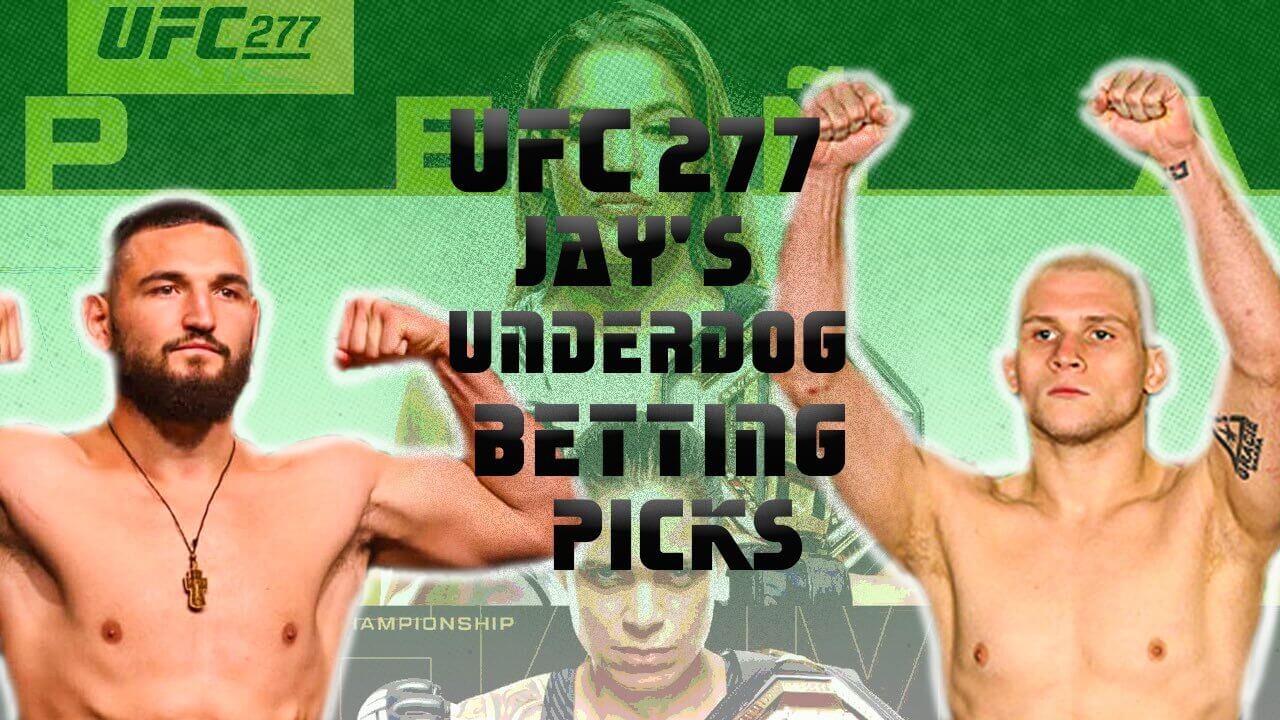 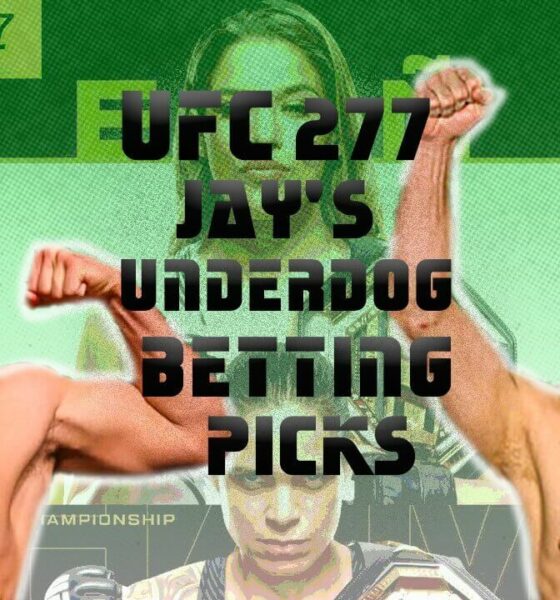 Being just one day out from UFC 277 in Dallas, Texas, the betting lines have alternated and settled throughout the week, leaving punters with some extremely enticing underdogs on the cards and some exciting selections that are currently sitting at + money.

In this article, I will look at some of the underdogs on the card and give my selection for each of those fights. As well as that, I will look at some attractive picks that are currently sitting at + money. All UFC 277 odds are correct at the time of writing, and are in correlation with Unibet betting site. In no way is this betting advice, please gamble responsibly.

There is no doubt this is an extremely close match-up on paper as both fighters are undoubtedly going to be prepared for war. “The Great White” is coming into the bout with a 3 fight win streak, with those 3 wins coming against a high level of competition. Even before his loss to MMA legend, Anthony Pettis, Morono scored a win over current Cage Warriors Welterweight champion, Rhys McKee. The long-standing UFC fighter is extremely accomplished when it comes to the ground game as he is a Brazilian Jiu-Jitsu black belt under Vinicius Magalhaes’ tutelage. Despite his Jiu-Jitsu acumen, he is also dangerous on the feet, and in his last 2 fights, he has landed 90 significant strikes back-to-back.

The previous college footballer, Matt Semelsberger handed AJ Fletcher his first loss on his last outing, taking the unanimous decision victory, and will be the featured prelim in consecutive fights. In preparing for his fight with “Semi The Jedi”, Fletcher sought out the help of one Alex Morono, despite that not paying off. Something that Semelsberger showed a slight pitfall in against Fletcher was his ground defence. And that is something that Morono may want to take advantage of on Saturday nights featured prelim bout.

Nicolae and the “Duelist”, Potieria were scheduled to meet back in March, however Potieria pulled out of the bout.

Despite “Nicu” not being the clear betting underdog, the line has switched endlessly for his bout with Ihor Potieria, and on some sites, you can get Nicolae at even money. Since his UFC debut loss back in 2019, the Romanian has gone on to win 3 fights in a row against some tough competitors, but only just getting the nod in 2 of those bouts. His most recent win came against the “African Savage” Kennedy Nzechukwu and during the bout, exhibited his toughness.

“Nicu” and Potieria have had similar paths on their way to the UFC as Poiteira has also faced some questionable opponents outside of the promotion. Despite that, in his Contender Series bout, Potieria made relatively easy work of tough Pole, Lukasz Sudolski.

I feel the deciding factor in this fight will be the experience fighting a higher level of opponent, and that advantage lies with Negumereanu.

As well as the moneyline selections listed, there are several prop bets that could be profitable. In the co-main event we see a rematch of a bout in which the first lived up to all expectations and became a close battle between to stand-out Flyweights. Kara-France won the first round between the 2 with some heavy leg kicks to Moreno’s lead leg landing 15/20, trying to put a halt to Moreno’s crisp boxing heavy style. In spite of what the general consensus is of the fight now, there is no denying the fight was a closely contested one. “Don’t Blink” Kara-France is currently +340 to win by decision, and I think that could be an underrated pick.

Whilst fighting in the UFC since 2014, “The Black Beast”, Derrick Lewis has fought in the state of Texas a total of 5 times, winning 3 of them. His most 2 recent losses have came whilst fighting in The Lone Star State. Lewis has fought a total of 9 Europeans in his UFC tenure, impressively going 8-1 in those situations (credit @AndyHickeyMMA for stat). We may see Lewis deploy a wrestling heavy style for this one, and in his loss to Tuivasa, he landed 2 takedowns of an attempted 4.

Pavlovich on the other-hand has only tasted defeat once so far in his MMA career, with that loss coming to Overeem. 12 of the Russians 15 victories have came in the very first round with him clearly not trusting judges. Despite Lewis’ vast experience, I like the selection of Pavlovich by KO/TKO at +108.

Which UFC 277 underdogs will enter your bet slip?