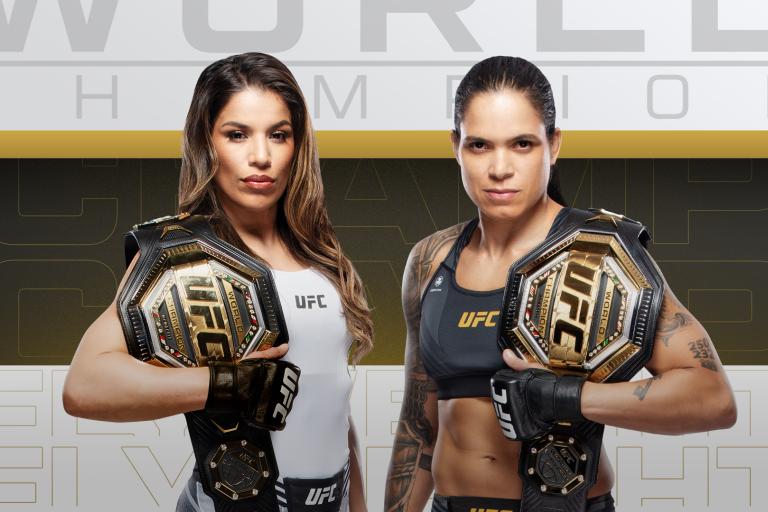 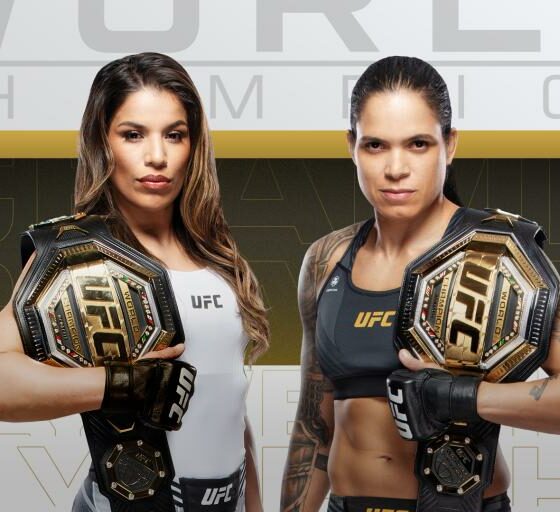 The UFC will touch back down in Dallas for UFC 277, a pay-per-view card with big title implications. In the main event, bantamweight champion Julianna Peña will try to prove her status in a rematch with reigning featherweight titleholder Amanda Nunes. The co-main event will see another title rematch, this time in the flyweight division. Brandon Moreno and Kai Kara-France will run their 2019 instant classic back, this time with the interim 125lb belt on the line.

Let’s taker a closer look at this card!

The new queen of the bantamweights looks to make it two-nil over the greatest of all time in the main event.

There are very few people on Earth who can say that they predicted a win for Julianna Penlña in her last bout. The champ persevered though a tough opening round to claim a massive upset win, coming by way of submission. Peña absorbs the least amount of significant strikes per minute of anyone in her division, which will help her against a power-punching Nunes. She also stacks up third on the bantamweight takedown greats. It will be a big task, but the guts of the ‘The Venezuelan Vixen’ could lead her to a second win.

No woman to have stepped foot in the Octagon is more accomplished against top competition as Amanda Nunes. Her last fight snapped a 12-fight win-streak, which spanned seven years and included nine title wins. Nunes’ tops the record books for finishes and knockouts, proving how dangerous of a task she is for everyone she shares the cage with. Should she abandon the reckless nature she brought into the first fight, there is a very real possibility that revenge is on the cards. ‘The Lioness’ is missing her second title, and she is not one to be denied.

A piece of the flyweight title will be on the line in a rematch between a superstar former champ and an elite knockout artist.

The second UFC stint of Brandon Moreno has brought the Mexican star to the forefront of the flyweight division. Following his razor thin title loss to Deiveson Figueiredo in their trilogy bout, Moreno is looking to get back on track and regain a world title. He has shown vast improvements in his striking game, but the real threat lies within his grappling arsenal. Eleven career submissions could present a danger to Kara-France, who is primarily a striker. If ‘The Assassin Baby’ can repeat his 2019 performance and claim the interim title, the highly anticipated quadrilogy with Figueiredo will be on the slate.

In the past year, New Zealand’s Kai Kara-France has truly hit his stride at 125lbs. It’s currently three on the spin for the Kiwi, including a knockout of Cody Garbrandt and decision over then-undefeated Askar Askarov. The knockout power he prides himself on has really started to show itself in his recent performances. An 87% takedown defense rate is also an encouraging sign for Kara-France, if Moreno chooses to go down the grappling route. Bringing a third world title to City Kickboxing would be massive for ‘Don’t Blink’.

A top-five spot in the heavyweight division is up for grabs in the UFC 277 feature bout.

The championship aspirations of Houston’s Derrick Lewis have fallen drastically recently. Still, at 37 years old, he’s competing in the hopes of climbing the ladder. His notorious punching power has earned him the distinction of the UFC’s KO king, topping the leaderboards for knockouts. Despite his losses to top five competition in recent outings, Lewis still remains a threat to the title picture, purely based on his ability to end a fight with one punch. ‘The Black Beast’ should never be counted out.

Splashing back onto the scene with a knockout of Shamil Abdurakhimov, the UFC was reintroduced to Sergei Pavlovich back at UFC London. The former FNG champion had been out of action since 2019, but his explosive hands helped him to crack the top 15 of his division. The single loss on his career came to the legendary Alistair Overeem, who he drew in his debut. Since that bout in 2018, it’s been three-straight first-round knockouts for Pavlovich. Smashing his way into the top five at UFC 277 would be massive for the Russian striker.

The right to fight for the title could be on the line in this fiery flyweight encounter.

Is there a more underappreciated fighter than Alexandre Pantoja? Since 2018, the only losses he has suffered have come from champion Deiveson Figueiredo and contender Askar Askarov. Despite those losses, the well-rounded skillset brought to the ring by Pantoja has reeked havoc on promising contenders. Brandon Royval, Manel Kape and former champ Brandon Moreno have all fallen victim to Pantoja’s game. The title opportunity he has lost out on in 2021 could be back on the table, should ‘The Cannibal’ pick up his third straight win.

It seems that Alex Perez cannot find his way back into the Octagon. Sidelined since 2020, this will be the first outing for the contender since coming up short in his first title shot at UFC 255. The DWCS alum has gone 6-2 in the UFC since his debut, only losing to Deiveson Figueiredo and Joseph Benavidez. A combo of furious leg kicks, fast hands and sneaky submission game make him a truly dangerous fight for everybody in his weight class. The title discussion at 125lbs is full, but a win for Perez puts him firmly back into the discussion.

A pivotal light-heavyweight clash that will shake up the title picture is set to open up the main card.

Long considered the dark horse of 205lbs, Magomed Ankalaev is slowly establishing himself as a danger at light-heavyweight. His lone career loss came to Paul Craig, in a fight he was winning up until the literal last second. Ankalaev is a threat on both the feet and on the ground, holding the distinction of Master of Sport in combat sambo. A tenth knockout for this Russian contender could catapult him into a title bout later this year.

Earning a second title opportunity has been the main objective for Anthony Smith since he came up short against Jon Jones in 2019. It seems that the veteran is rejuvinated and ready for a second crack at the belt. He’s currently riding a three-fight win-streak, all by first-round finish. Smith possesses a dangerous submission arsenal and a stinging jab, which could cause lots of problems for his opponents. ‘Lionheart’ wants to fight the best, and he’ll have his work cut out for him at UFC 277.

Who will walk away with the titles? Who are you picking on the main card? Let us know in the comments!