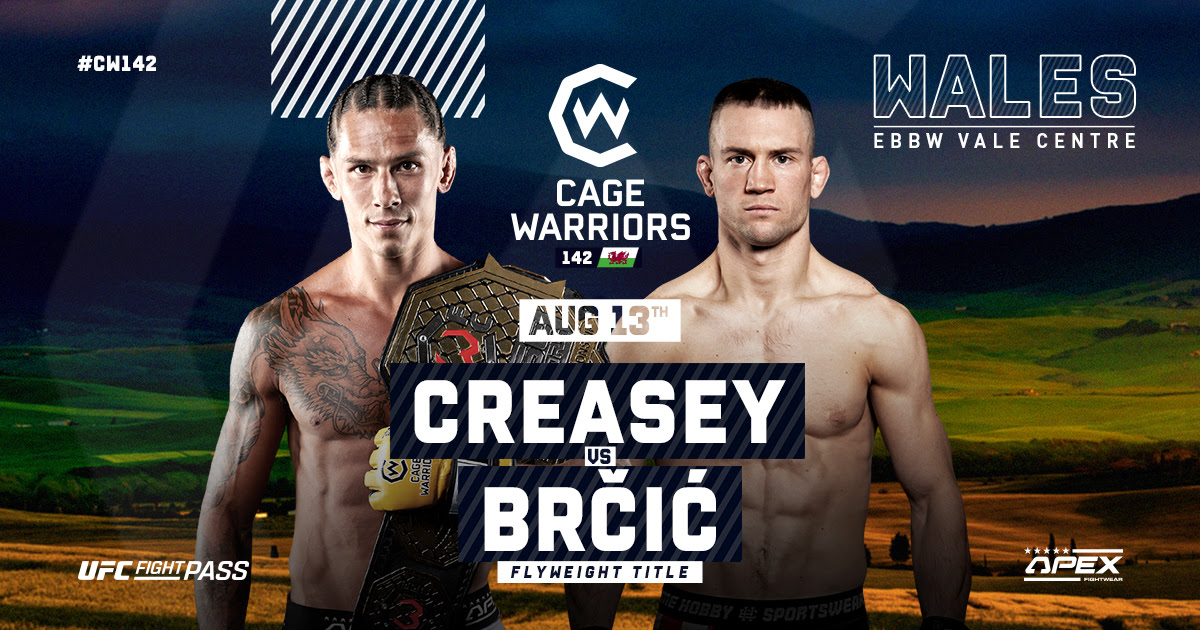 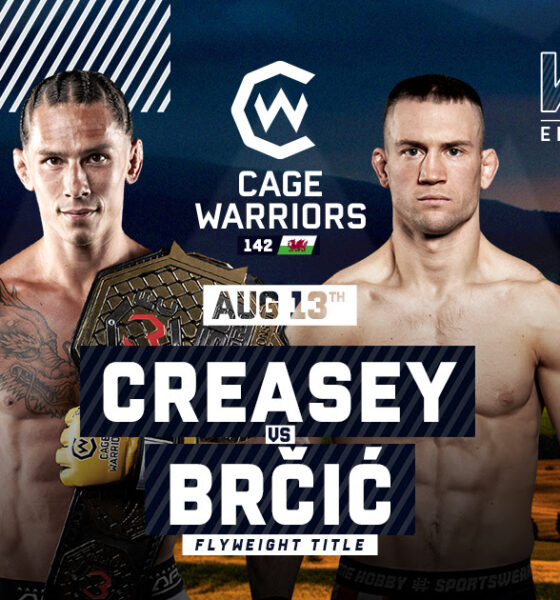 Sam Creasey will put his title on the line when Cage Warriors returns to Wales on Saturday August 13th. The Ebbw Vale Centre will play host to the meeting of the flyweight champion (15-4) and Stipe Brčić (10-2) at CW 142.

Sam Creasey had been due to defend the belt against undefeated Italian star Dylan Hazan at CW 141 last week in London. However, the bout fell through after his opponent weighed in at two-and-a-half pounds above the championship limit of 125lbs.

The Englishman will now face a stiff test against Brčić, who has impressed by recording five wins since May 2019 under the banner of German promotion EMC, where he was crowned champion at both flyweight and bantamweight.

“I’m looking forward to sharing the cage with Germany’s number one and putting on a hell of a fight for those who missed me in London,” said the champ.

It will be a 15th Cage Warriors outing for Creasey, who clinched the title last October courtesy of a third-round submission of Luke Shanks. The 34-year-old was then defeated by Shanks in a December rematch, but he retained the belt nevertheless due to his opponent’s failure to make weight.

Brčić, 29, who fights out of the Croatian capital of Zagreb, said: “It’s an honour to fight for the best promotion in Europe. As always, the fans can expect a great show from me.

“Sam is a good fighter and a real champ. I’m grateful to have the opportunity to win the belt. Let the best man win!”

In addition to a flyweight title bout, some of Wales’ top fighters – such as Aaron Aby and Josh Reed – have already been confirmed for CW 142, with plenty more still to be announced.