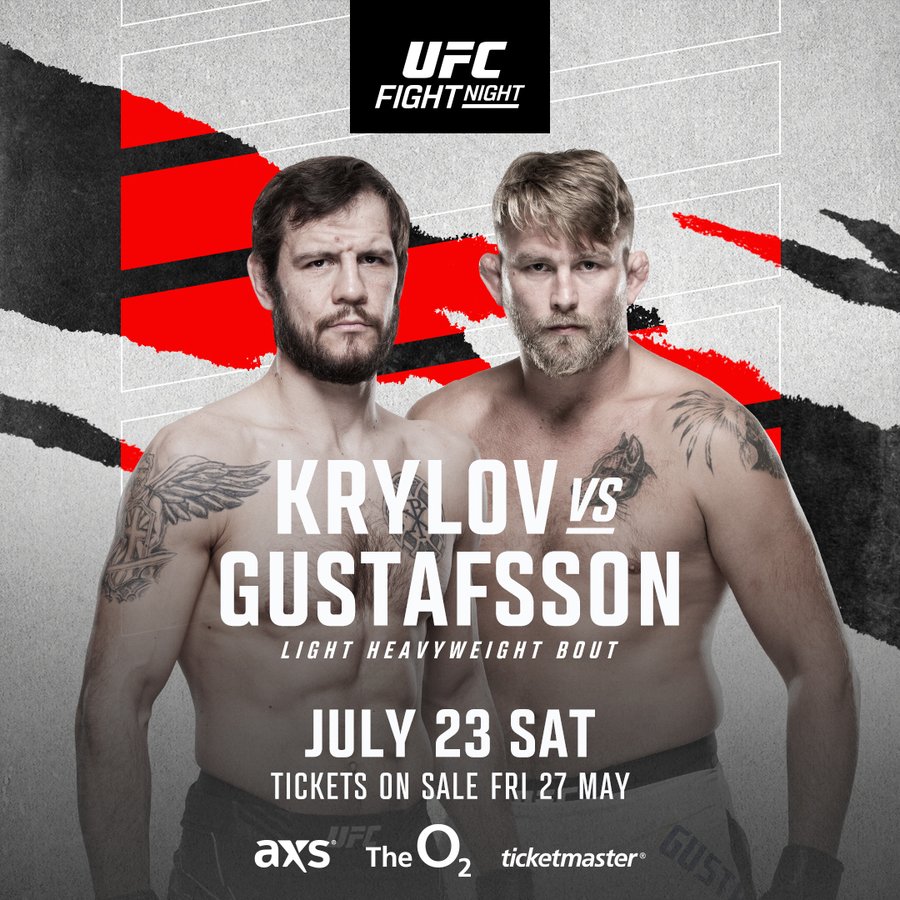 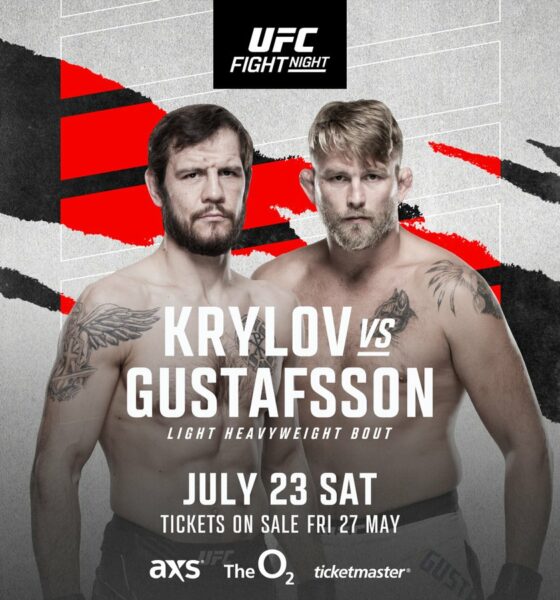 UK fight fans have been the beneficiaries of witnessing some top level international talent compete in their cities over the years. And that will be no different come July 23rd, and there are two men in particular who are making their 4th and 2nd UK appearances respectively.

Allstars product, Alexander Gustafsson will move back down to the 205lb division after trying his success at Heavyweight, to take on the 11th ranked, Nikita Krylov, in what might be the Swedes final title push of his triumphant career. When things are said and done and “The Mauler” hangs up the UFC gloves, he might go down as the best fighter to never win UFC gold, if that’s how his story ends.

But a win on July 23rd will catapult him back into contention, and possibly give him that last push of motivation to make a final charge for gold. It’s no easy feat though getting past the big hitting Ukrainian.

“The Miner” Krylov boasts 26 wins coming by way of stoppage with only one having to go to the judges scorecard. A possibly frightening contemplation for “The Mauler” who has been finished in his last three. A win is essential for both Europeans who will look to get back into the win column to forge a run to the Light Heavyweight title.

Gustafsson first touched down on UK ground in 2009, and announced himself to the Brits in a ferocious way. The 22-year-old at the time made his UK debut at UFC 105, taking on Jared Hamman. The extremely aggressive Hamman came out looking to dispatch of the young fighter early on. Things didn’t go the American’s way though, and just 41 seconds in was knocked out cold by a Gustafsson straight right hand.

Just a year later, Alexander Gustafsson was back in town, this time against the vastly experienced, Cyrille Diabate. During their fight, Gustafsson did extremely well to get the fight to the mat, and early on in round 2, scored a big take-down transitioning straight to side control. Not long after, he found himself on “The Snake’s” back, flattening him out in a rear-naked choke, subsequently getting the tap.

Fast forward four years, coming in off the back of a controversial title loss to Jones, Alexander Gustafsson found himself headlining in London against the hometown fighter, Jimi Manuwa. Again in this fight, “The Mauler” found himself having a lot of success controlling the early stages on the mat. In round 2 though, he came out with his forward pressure and caught Manuwa with a beautiful knee from the clinch making it 3-0 on British soil, with three finishes making himself somewhat a fans favourite to British fight fans.

Although Krylov has only fought in the UK once so far in his career, with that being back in March this year, the Ukrainian has fought in Ireland’s capital back in 2014.

Krylov had the pleasure of being on the McGregor vs Brandao card that headlined in Dublin, with that Fight Night going down as one of the best in UFC history. Krylov who was only 22-years-old at the time and Cody Donovan got into a scrap from the first bell. Donovan threatened with submission attempts throughout the first round, and on a couple of occasions came close to the finish. Krylov though managed to get the back of “Donnybrook” and reigned down blows, with Marc Goddard waving off the bout with just two seconds left of the first round.

Back in March this year, the UFC returned to the O2 in London for the first time in three years, and Krylov was set to take on Scotsman, Paul Craig. Early on in the fight, Krylov got the fight to the ground and was having huge success landing countless hammer fists. “Bearjew” can never be counted out though, and with just over 1 minute left in the round, Craig instinctively snatched the neck of Krylov with his legs, sinking in a triangle choke.

With both fighters in desperate need of a win, there’s no doubt the fans will spend the majority of this one out of their seats.

Related Topics:UFCufc london
Up Next