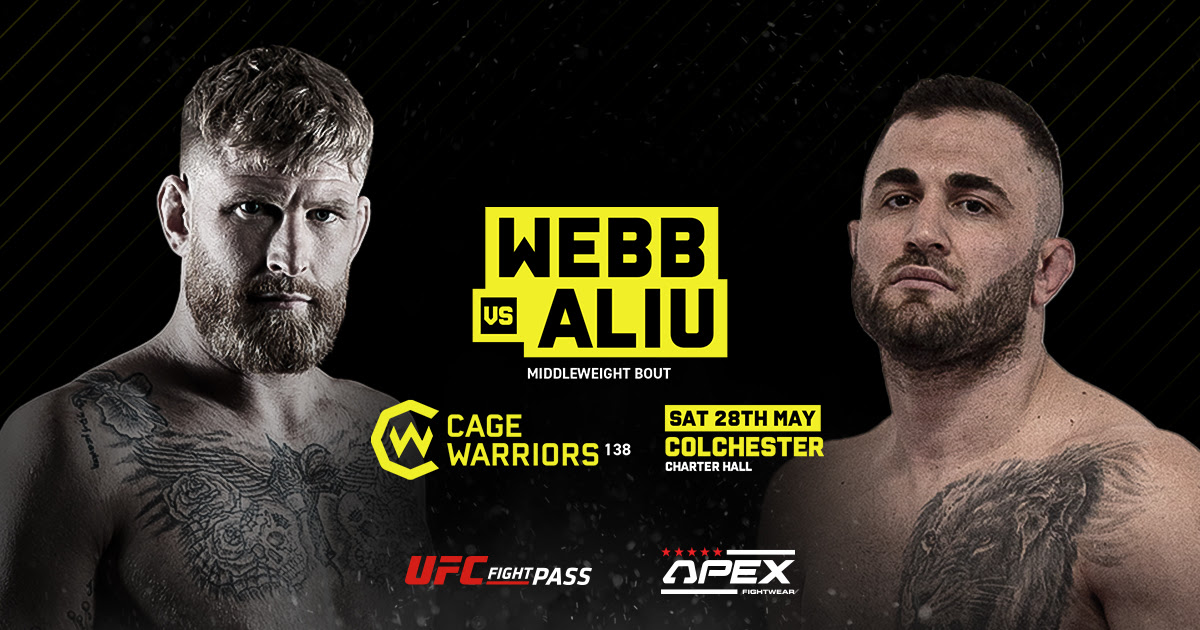 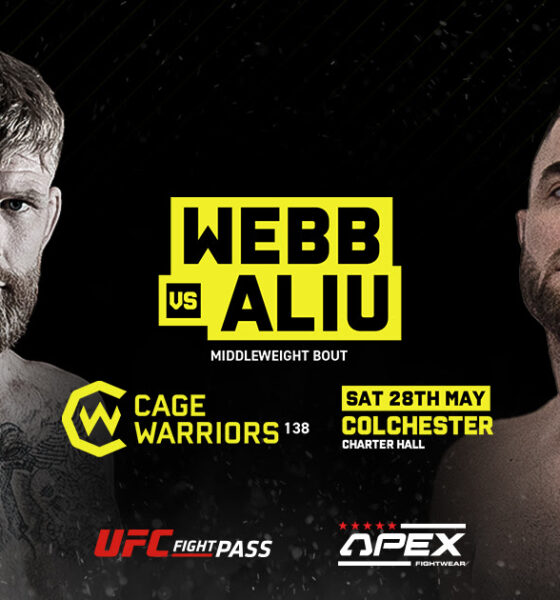 James Webb will return to fight for the first time in over a year when Cage Warriors brings a double-header of events to his hometown of Colchester, England.

The former middleweight champion has been booked for a meeting with Leon Aliu at CW 138 on Saturday, 28th May. James Webb is set to have the benefit of considerable support in the Charter Hall when he faces Aliu, who’ll be strapping on the yellow gloves for the first time.

Born in Albania but now based in Italy, 32-year-old Aliu has tasted defeat just once in his 10 professional outings to date. All nine of his wins have been secured inside the distance.

“This is a great chance to compete for the best organisation in Europe, but also to fight my opponent in his hometown,” said Aliu. “I’m very excited about the opportunity to develop and showcase my skills on the such a big stage.”

Webb, a 31-year-old member of Team KF in Dublin, Ireland, has eight wins and three losses on his ledger.

“I’m very much looking forward to returning to Europe’s biggest MMA promotion and putting on a show for the fans,” he said.

Webb hasn’t competed since March 2021, when he suffered a loss to fellow ex-middleweight title-holder Matt Bonner, who has also been handed a Colchester assignment. Having submitted Hugo Pereira last month in Manchester, Bonner will face French-Ivorian opponent Joel Kouadja in a 177lbs catchweight bout at CW 137 on Friday, 27th May

It will be a Cage Warriors debut for Kouadja, who travels to the UK in search of his seventh consecutive victory.

CW 137 will be an ‘Unplugged’ event, with attendance limited to invited guests and competition winners.

Sumo: Yokozuna Terunofuji among those chasing early leaders after day 4