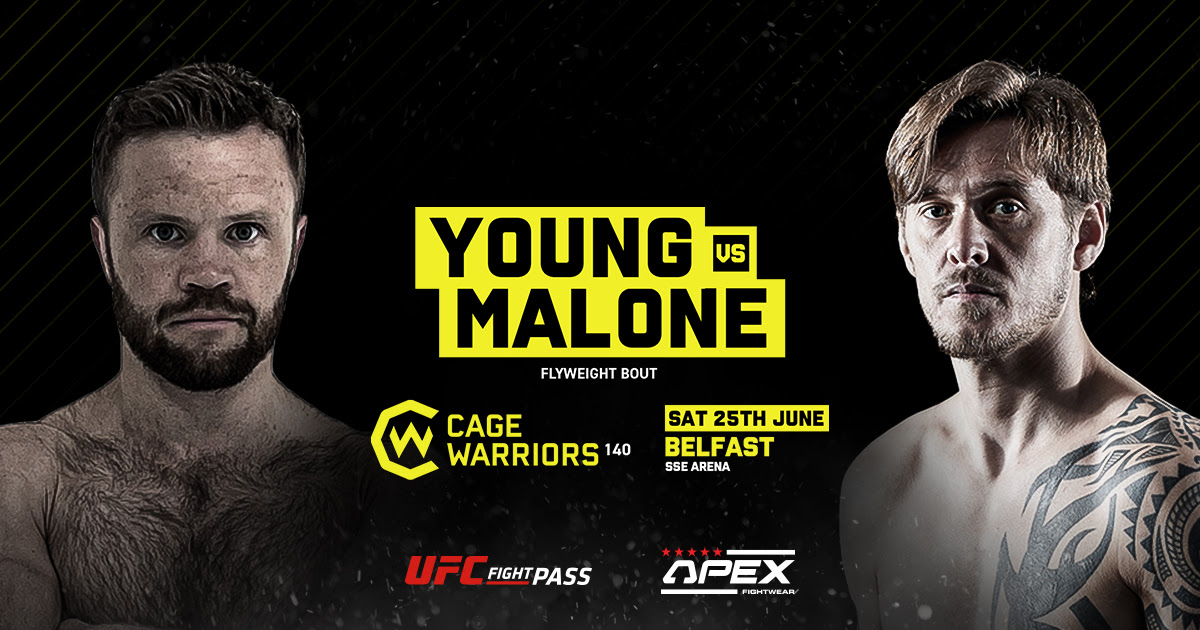 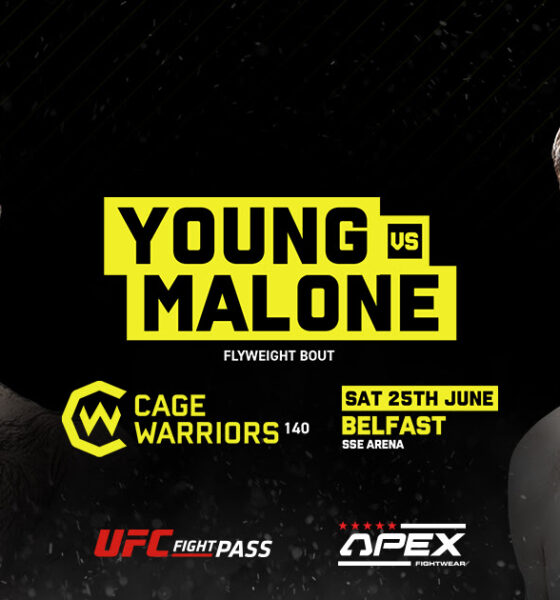 The card for Cage Warriors’ debut in Belfast this summer is set to include a first outing in more than three years for experienced flyweight Andy Young.

He will compete for the 25th time as a professional when he faces Scott Malone at Cage Warriors 140, which takes place at the SSE Arena on Saturday, 25th June. The 32-year-old, who hasn’t fought since dropping a decision loss to former champion Sam Creasey in March 2019, can rightfully claim to be one of Irish MMA’s pioneers.

After debuting as an amateur in 2009, he graduated to the pro ranks and went on to record notable victories over the likes of current flyweight contender Aaron Aby and reigning bantamweight champion Dominique Wooding.

He repeatedly demonstrated his willingness to embrace the most difficult challenges, such as in March 2018 in Slovakia, where he went the distance with former UFC title challenger Ali Bagautinov.

As well as being married last September, Andy Young has used his recent spell of inactivity to launch his own mixed martial arts gym and promotion, but he insists that he hasn’t been “lying idle” since he last strapped on the yellow gloves.

“After a few setbacks with injuries last year, I’m very excited to return to Europe’s top show and put on a clinical performance against a top opponent,” said Young.

“In previous fights I sometimes felt I was fighting for the wrong reasons – burned out and not giving myself time to get my mindset to where it needed to be – but now it’s a different ball game. I’m fighting for the love of competing, having fun and doing what I’m born to do. I’m ready to fight my way towards the top and get back to world championship status.”

A native of nearby Newtownards, Young can expect to be backed by considerable support in Belfast. However, his opponent intends to alter the narrative for one of the event’s local heroes.

Aiming for his fifth Cage Warriors victory, and the 10th of his professional career overall, Malone’s talent and experience should ensure that Young’s return to action will be far from straightforward. The 34-year-old Scotsman is determined to return to winning ways after being on the wrong side of a split decision when he clashed with the undefeated Dylan Hazan back in October.

Andy Young stands in his way for now, but Malone is already mapping out his route to the summit of the 125-pound division.

“I’m looking forward to fighting in Belfast against the hometown crowd – they’re in for a treat,”  he said.

“I’ll be looking to put on a picture-perfect performance, before calling for a title shot – or Aaron Aby. Either way, my hand will be raised and it’ll be a real crowd pleaser.”