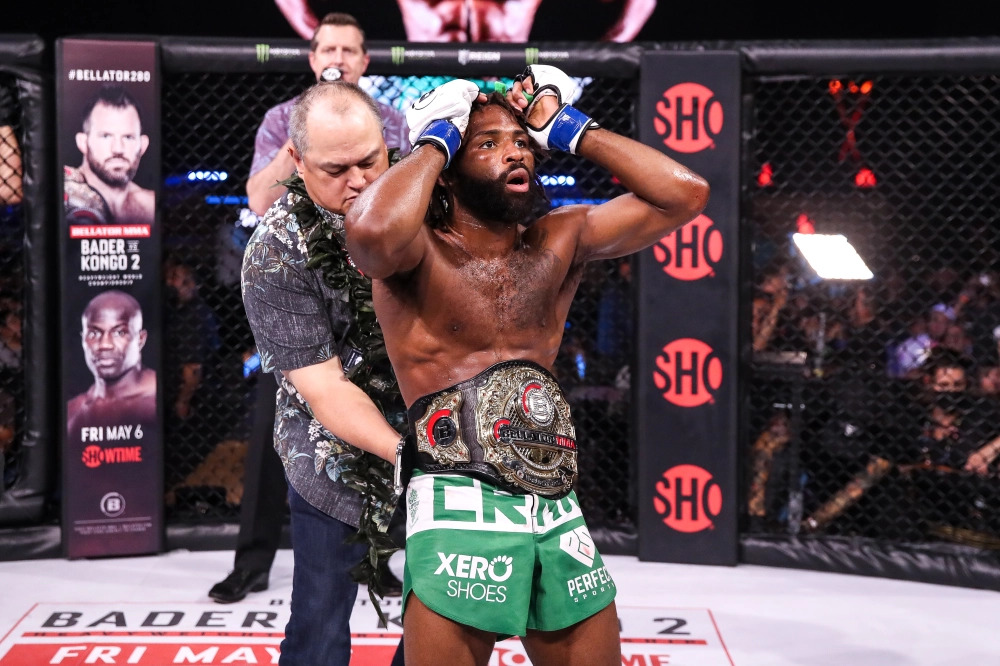 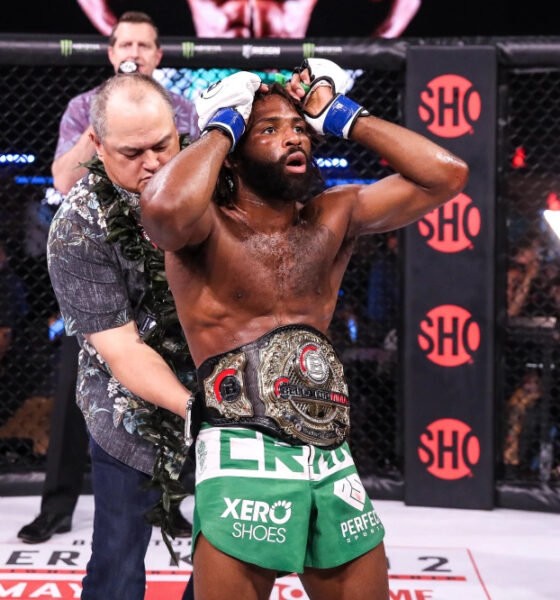 Bellator 279 may have been headlined by Cris Cyborg who defender her Featherweight title, but it was the bantamweight grand prix that stole the show. In the co-main event, the interim title was on the line in this first round match-up between Raufeon Stots and Juan Archuleta after the champion Sergio Pettis pulled out of the tournament with an injury.

With a highlight-reel finish in the third round, Stots brought a close contest with Archuleta to a sudden halt, connecting with a knee whilst throwing a head kick. Becoming the first man to knock out ‘The Spaniard’, Stots didn’t just walk away with a piece of Bellator gold, he won the entire weekend by delivering the key moment and a great in-cage interview to follow it.

MMA tournaments don’t ever go the way you expect them to and in this case, Bellator has struck gold by releasing Raufeon Stots as one of the stars of their promotion. Unbeaten since a loss to UFC bantamweight Merab Dvalishvili back in 2017, ‘Supa’ Stots will now be the man expected to emerge victorious once the dust settles on this tournament.

After originally being scheduled to face the champion in this opening contest, Stots said in his post-fight press conference that though it’s an interim title, he’s happy he was able to win gold without taking it from his friend and teammate Sergio Pettis. “To be honest with you, the goal is to win this million dollars – that’s my No. 1 goal right now,”

“I got two more fights to win this million dollars and to be honest the interim sounds perfectly fine with me right now. I’m going to hold onto Serg’s (Sergio Pettis) belt till Serg is back and then we can figure out something after that.

“But right now I’m happy. If I were to win a belt from Serg, like Serg is my boy. It’s like me taking his girlfriend or something, that don’t feel good to me. This feel good to me. Juan Archuleta, I ain’t really care for his bald head. I really don’t care. This for me, I’m on cloud nine.”

Raufeon Stots will defend his interim bantamweight title in the semi-finals against the winner of Leandro Higo and Danny Sabatello, scheduled for Bellator 282 on June 24th. On the other side of the bracket, Patchy Mix also advanced by defeating Kyoji Horiguchi via unanimous decision.

ONE 156 Results & Recap | Eersel vs Sadikovic