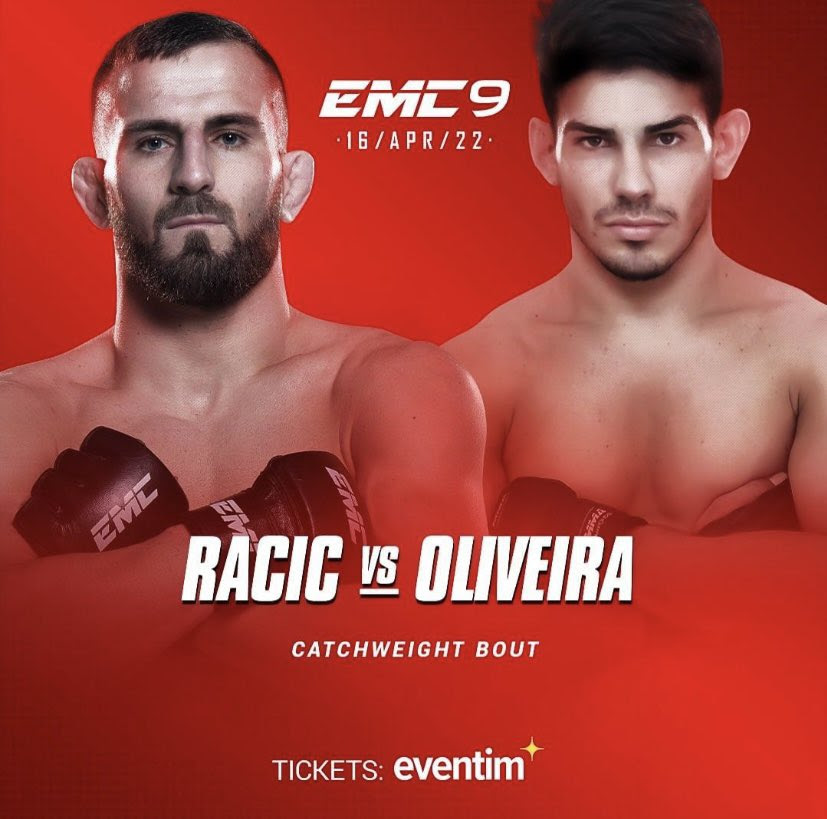 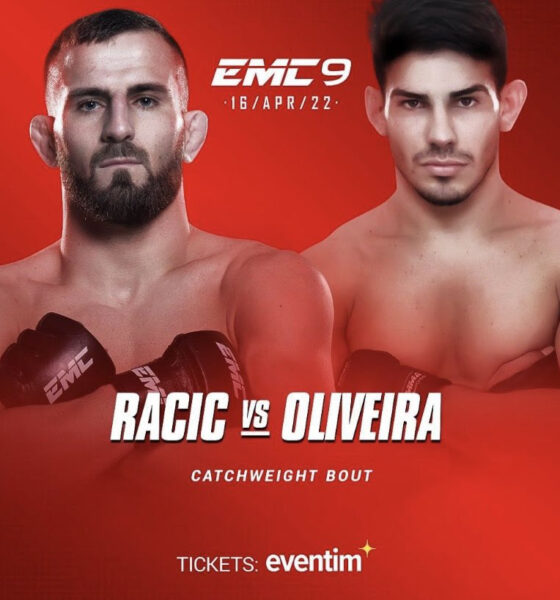 EMC are delighted to announce the signing of former KSW bantamweight champion, Antun Račić, and it will not be long before he makes his debut for the fast-rising European promotion. The 31-year-old is scheduled to face submission specialist, Jeovanny de Oliveira, in a catchweight bout (64kg/141lbs) at ‘EMC 9: The Mission’ on Saturday 16th April. Düsseldorf, Germany will play host to the event that kicks off the organisation’s exciting 2022 schedule.

Račić (25-10-1) is one of the best bantamweights in Europe and became the first-ever KSW champion at 135lbs when he defeated UFC veteran, Damian Stasiak, by decision in 2019. He successfully defended his title a year later by seeing off the challenge of promising Brazilian prospect, Bruno Santos. ‘Killer’ trains out of UFD Gym alongside the likes of Roberto Soldic and will be looking to pick up his 26th professional victory next weekend.

de Oliveira (9-2) is currently riding a 4-fight winning streak and is incredibly dangerous whenever the contest hits the mat. He has finished 7 of his 9 professional victories by submission, including an armbar win in under three minutes against Willamy dos Santos two months ago. He will be competing outside of South America for the very first time at ‘EMC 9: The Mission’ and is hoping to add the biggest name to his record so far.

The remaining bouts for ‘EMC 9: The Mission’ as well as broadcast details will be confirmed over the coming days.