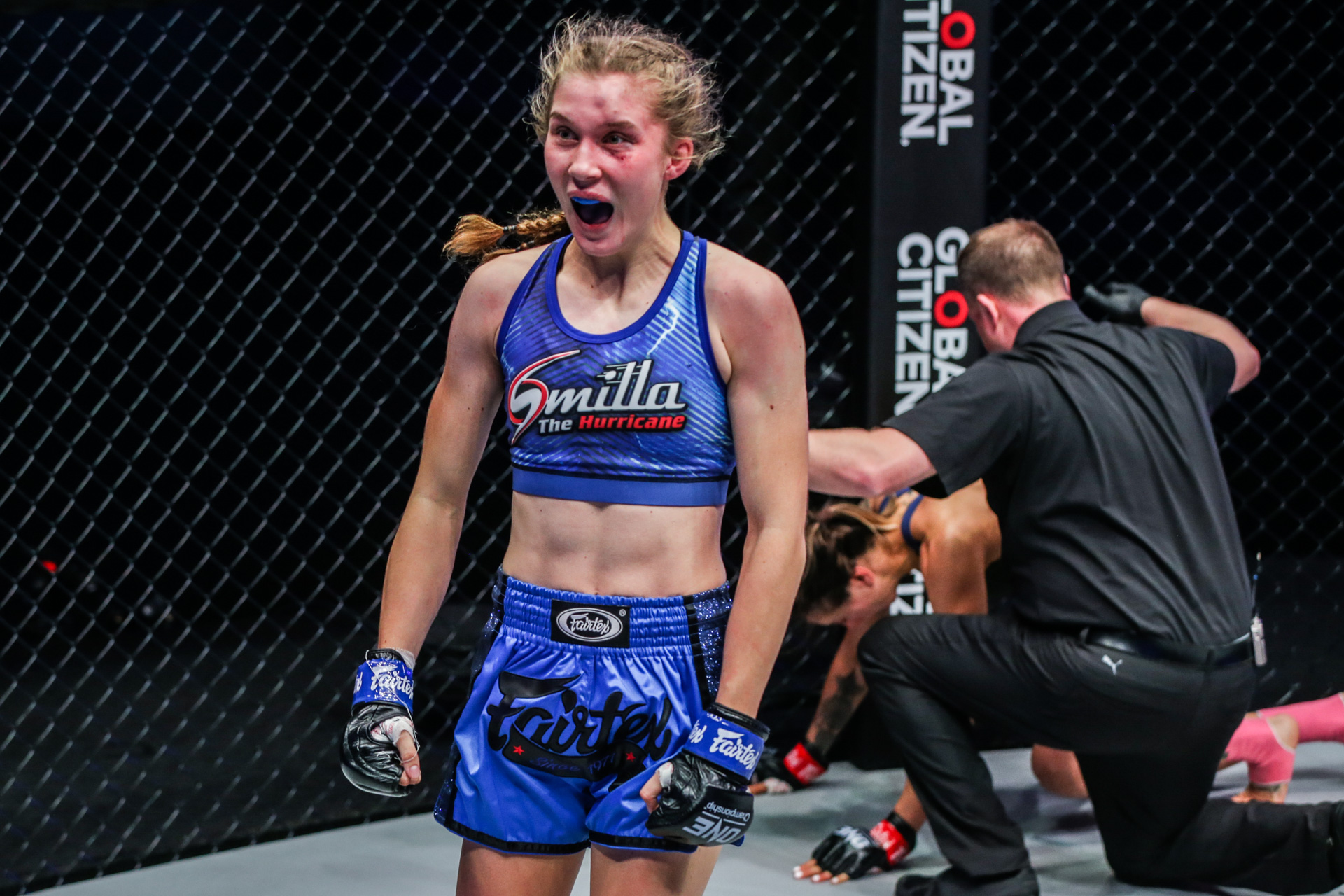 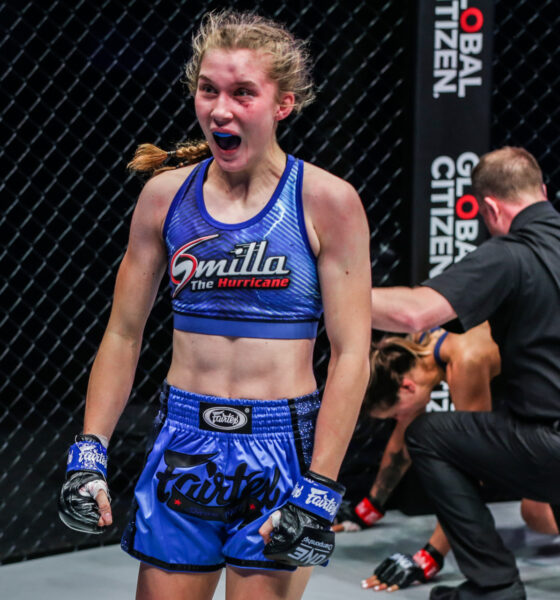 It’s one thing to secure a spot in a top combat sports promotion , even more so to fight for a title in said organisation, but what about fighting for major combat sports gold at just 17 years old. Impossible right?Certainly not, if Swedish Muay Thai ace Smilla Sundell has a say in the matter, who at such a ripe age finds herself in this very situation, in just her second fight under the ONE banner no less.

Smilla will return at ONE: Reloaded on April 22nd where she will go toe to toe with a surging Jackie Buntan for the inaugural ONE Women’s Strawweight Muay Thai World Title.

The latter finds herself presented with an opportunity at gold through three impressive victories under the ONE banner. Decisions over Wondergirl Fairtex, Ekaterina Vandaryeva and Daniela Lopez see Buntan uncontested at the top of the strawweight division. This welcomes a stiff test in the young and hungry Sundell who’s impressive debut was all the promotion needed to see before she was deemed championship ready.

Smilla’s ONE campaign began on February 25th at ONE: Full Circle in a bout against Australia’s Diandra Martin. The Swede fought with a radiating confidence seemingly beyond her years, setting a blistering pace and securing 4 knockdowns en route to a third round stoppage victory.

The relentless pressure, busy hands and vicious knees in the clinch wore her opponent down, culminating in a huge debut victory. The maturity in shot selection to emphasise the body shots in tandem with the head shots is something that proved to be key for Smilla Sundell here. The straight shots were landing at will, combined with an exhausting pace and perpetual stabbing knees and clubbing punches to the body, Sundell not only won but won dominantly. Seemingly a key reason she has secured a shot at gold so early.

“The Hurricane” has certainly had no shortage of character building exercises throughout her career, finding herself in a situation last year where the only available opponent on a local Fairtex show was a teenage boy of a similar age. Certainly not the fight she was expecting to have but one she made short work of, finishing her opponent in round 1 after two knockdowns, again the vicious body shots paving the way for victory. Undoubtably a tool she will look to put to good use against Buntan.

She may young but its evident she is wise beyond her years in the realm of Muay Thai. Why? Because she is a Fairtex product, training with some of the best in her field such as the ever succesful Stamp Fairtex and bantamweight Muay Thai standout Saemapetch. The experience of learning from these Muay Thai staples while being surrounded by a team that lives and breathes Muay Thai puts Smilla in fine fettle to be a great success in the sport. A product of her environment you could say.

Young, hungry and supremely talented, this is a girl who’s ceiling is limitless. She may be facing someone with more top flight experience and dangerous skillset but who doesn’t at the top level? She is surrounded by the right people, in the right environment, but is she getting this shot at the right time? Who knows, but Smilla Sundell has time and a fighter with this time and this ability is a fighter with limitless potential.

Shining The Spotlight | Dakota Ditcheva, the rising star set for the UFC