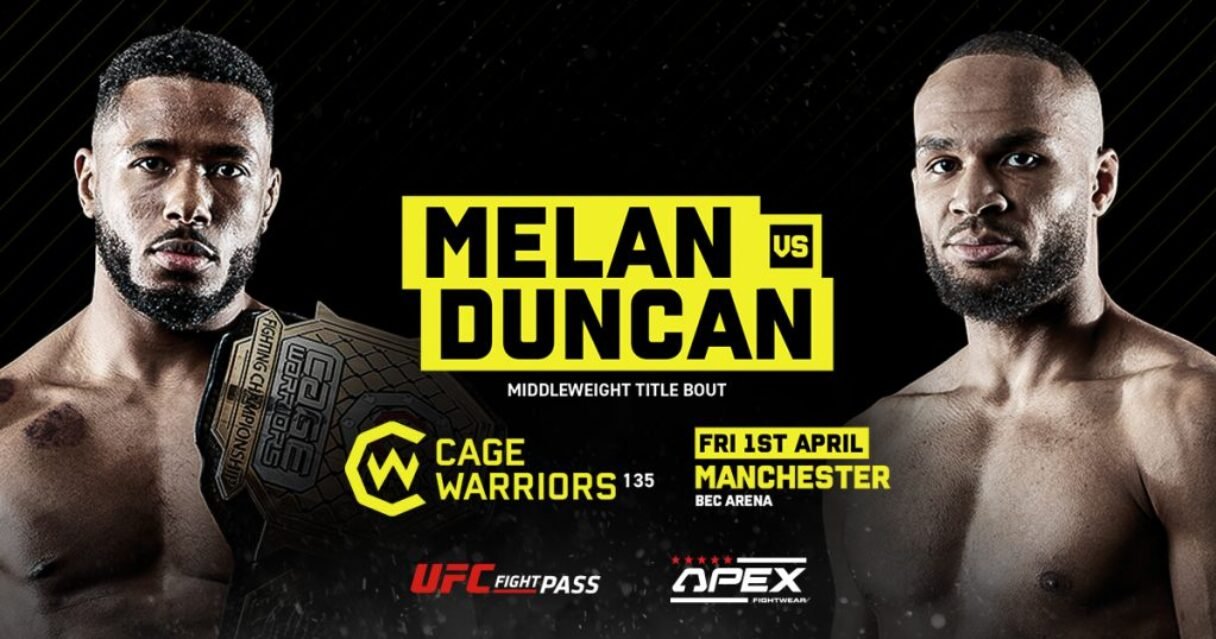 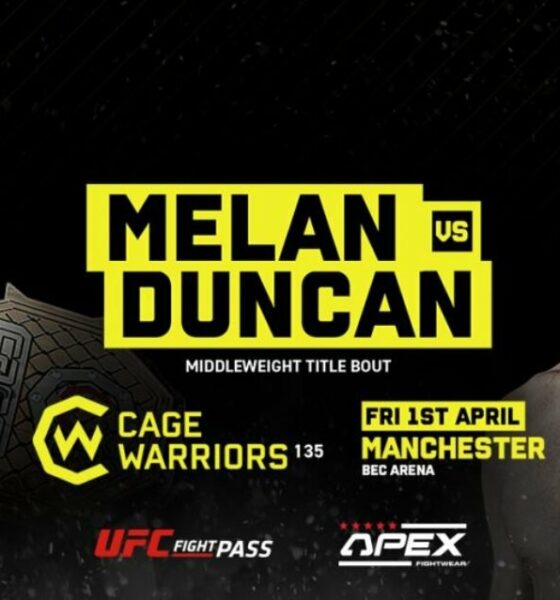 On Saturday, Cage Warriors 136 comes to the BEC Arena, Manchester, and at the top of the card is a Middleweight title bout between current champion Djati Melan and challenger, Christian Leroy Duncan, and someone’s 0 is definitely going to have to go.

The Ivorian Champion returned to Cage Warriors at the end of last year after 5 years away, perfecting his craft elsewhere. In his return at Cage Warriors 131, he successfully claimed the Middleweight title against Matthew Bonner with a unanimous decision win, in which he showed he has the capability to beat up any man with elite level fighting.

Christian Leroy Duncan on the other-hand is only 5 fights into his professional career, but don’t let the numbers deceive you. Duncan was in fact on the undercard of Melan’s title winning night, defeating Justin Moore via submission in the very first round.

In round 1 of his last outing, Duncan landed a flying knee while Moore was level changing, momentarily rocking him. Moore recovered quickly and put Duncan against the cage. Not so long after, Duncan found himself scoring a takedown of his own, transitioning to full mount almost instantly. The fighter from Gloucester started raining down heavy shots from the mount, with Moore then deciding to give Duncan his back, as he didn’t want to take the heavy shots.

That signalled the beginning of the end for Moore as Duncan sunk in a rear naked choke, tapping Moore out.

Despite Duncan only accumulating 5 pro fights, during his amateur days, he fought the highest of levels available, totting up 23 amateur bouts, winning 17 of them. Duncan holds 2 wins over the highly impressive, Will Currie, who dominated Vallee in his last outing, with the only 2 losses on Currie’s pro record coming at the hands of Duncan.

Christian Leroy Duncan is a heavy hitter using his arsenal of striking to his advantage, but as he’s shown, he’s also dangerous when the fight goes to the mat. His unorthodox style see’s him thrive off his counter striking ability, but Melan’s patience could be the key decider in this bout.

Djati Melan does the basics, but does the basics to an extremely elite level, which is exactly why this is such an intriguing match-up. The fight will more than likely play out on the feet, with each fighter undoubtably having their moments.

The middleweight title fight will be the culminating bout of an exciting multitude of Cage Warriors bouts over Friday and Saturday night, with Cage Warriors 135 taking place on the Friday, where the Light Heavyweight division makes its return, with Matty Byfield making his Cage Warriors debut.