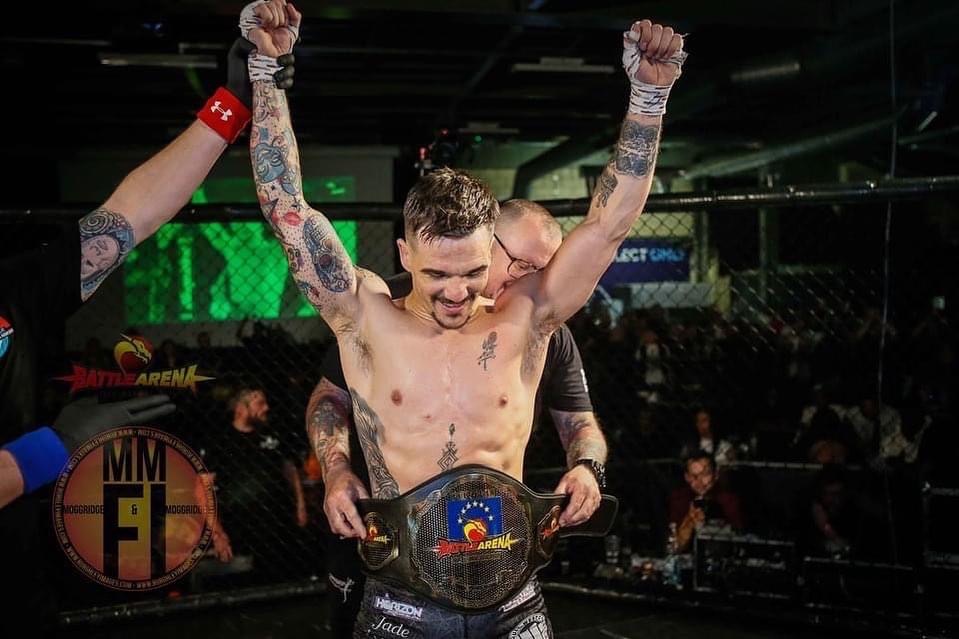 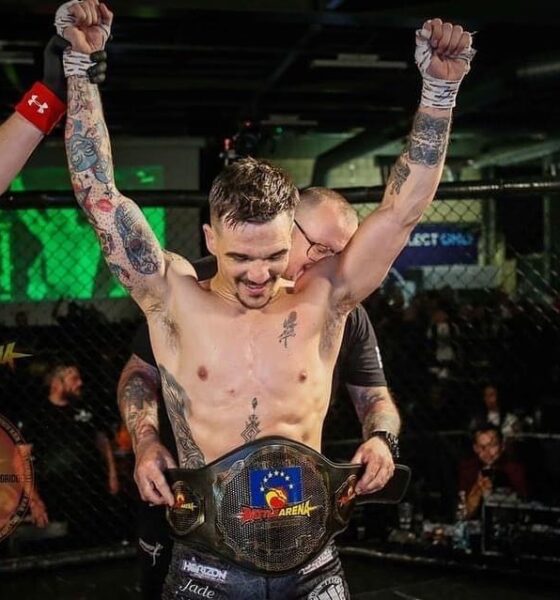 The Brit was victorious in his last outing against Sebastian Fossen on October 9th, winning the European lightweight Battle Arena championship. He showed a different side to his game during the domination of Fossen using beautiful wrestling and transitions, and in round 1, he could smell victory with Fossen being saved by the bell.

In round 2, he invested heavily in the whipping low kick, subsequently opening up an outside trip followed by viscous ground and pound, getting his hand raised, lifting the roof off the place in the process.

The Warfare Academy fighter is a fan favourite, and whenever he’s locked inside the cage, his fans show out. He said: “I like tipping my hat to them, they are mega.”

Mountford’s opponent on March 19th, Baillot, is a Jiu-Jitsu world champion, and currently finds himself unbeaten in Amateur MMA.

With the Frenchman being an accomplished Jiu-Jitsu practitioner, his game-plan will be clear from the off, to get the fight to the ground. Despite this, Mountford explained:

“I think anyone who gets in there with me has a game-plan to get it to the ground. I can’t imagine many wanting to come in and strike or wanting to strike after they feel my power. My wrestling is coming on nicely so I will make it hard for anyone.”

Rewind back to July last year and the Brit scored a devastating KO over Connor Norsworthy with a picture perfect front kick. Moments before throwing the exquisite front kick, Mountford set it up with a chopping leg kick, showing his high level fight IQ.

“My fight IQ when it comes to striking is one of the best in the country, I rarely waste any shots, I rarely get caught with any shots and usually if i’m throwing a certain shot, it’s to open something up later on. Always thinking ahead and downloading rhythms.” Mountford said.

Mountford finds himself as one of the most exciting British fighters on the Amateur scene with an elite stand-up style, and he predicts “Another highlight reel finish” is in store on March 19th.