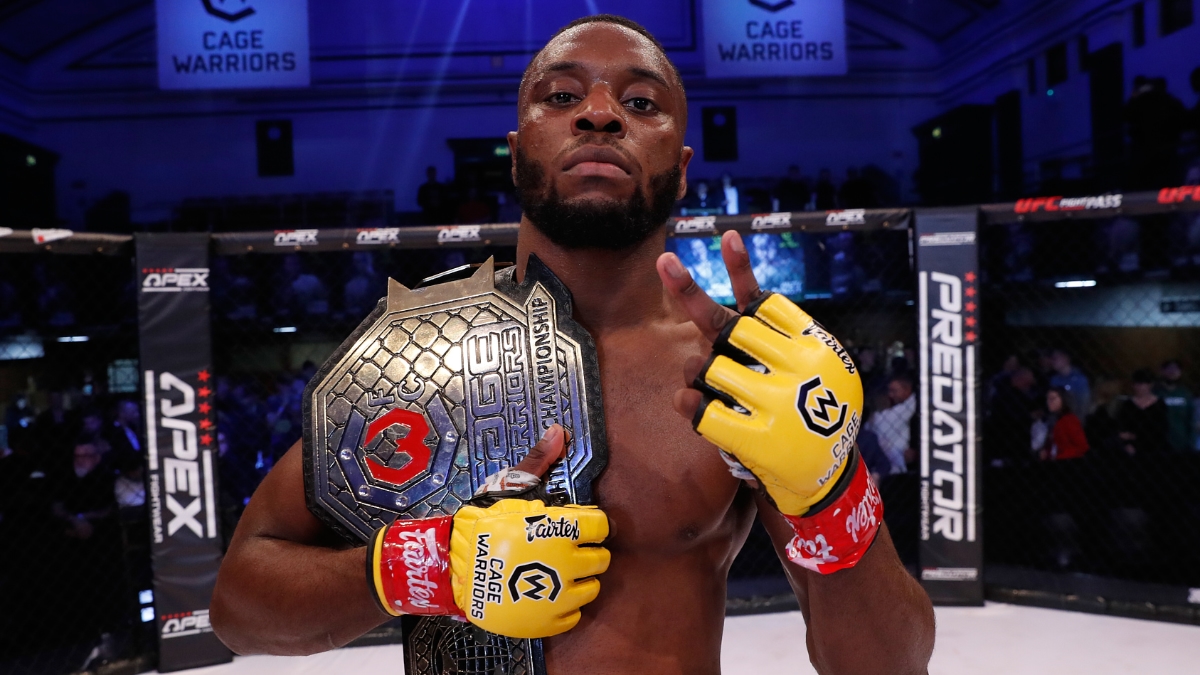 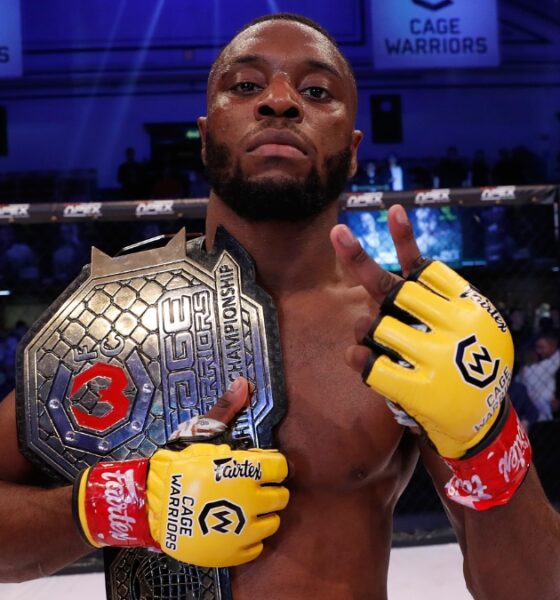 MMA fans around the UK and Europe aren’t the only ones who have been calling for Cage Warriors prodigy, Dom Wooding, to receive the life-changing call from the UFC. Former fighter and fight caller, Dan Hardy, is ‘disappointed’ the UFC are still yet to sign the young star.

Speaking on VMTV Vaults: “The first one that stands out in my mind that’s missing is Dom Wooding. After his last couple of performances on Cage Warriors I was expecting him to get the call up and i’m disappointed that he hasn’t because I think it’s time for him.”

Hardy’s disappointment highlights the elite skillset of Dom Wooding, as Dan Hardy’s eye for skill comes after years of experience calling the fights of some of the best in the business.

Cage Warriors has, and always will be, a breeding ground for elite fighters to showcase their talent in Europe. And Dom Wooding is the most recent fighter to do just that.

‘Black Panther’ went on a tear in 2021, making it his breakthrough year inside the cage, winning the Cage Warriors Bantamweight title while he was at it. In his first title defence under the banner, he put on an absolute clinic against Carlos Abreu. He came in looking laser focussed. And the performance that proceeded was unmissable. A complete artist in all senses of the word.

His infectious style inside the cage is utterly mesmerising and he showcased that to the full extent in his domination over Abreu. He is slick on his feet with his speed, and his striking is calculated and pinpoint accurate. His picture perfect knockout came after a beautiful slip counter right hook which sat Abreu down momentarily. But the Brazilian will wish he stayed down, as the flying knee that proceeded will be played over and over again, and never get old.

Rewind 6 months from his starching of Abreu, Wooding put on an absolute masterclass in his Cage Warriors debut, with a first round KO over Cameron Hardy. Again, his light on the feet style with the ability to counter strike from what seems to be any angle, showcased what a problem the MMA world has learnt ‘Black Panther’ can be. His KO over Hardy exhibited how calculated he is as a fighter. He set up an inch-perfect left high kick with front kicks to the body, which subsequently led to the huge right hook KO.

So why is the electrifying 25-year-old not in MMA’s biggest promotion yet, especially when Cage Warriors has become Europe’s proven path to the UFC? Nobody knows. But with high profile names worldwide getting behind ”Black Panther”, it can only be a matter of time.

Do you think Dom Wooding deserves the call-up?