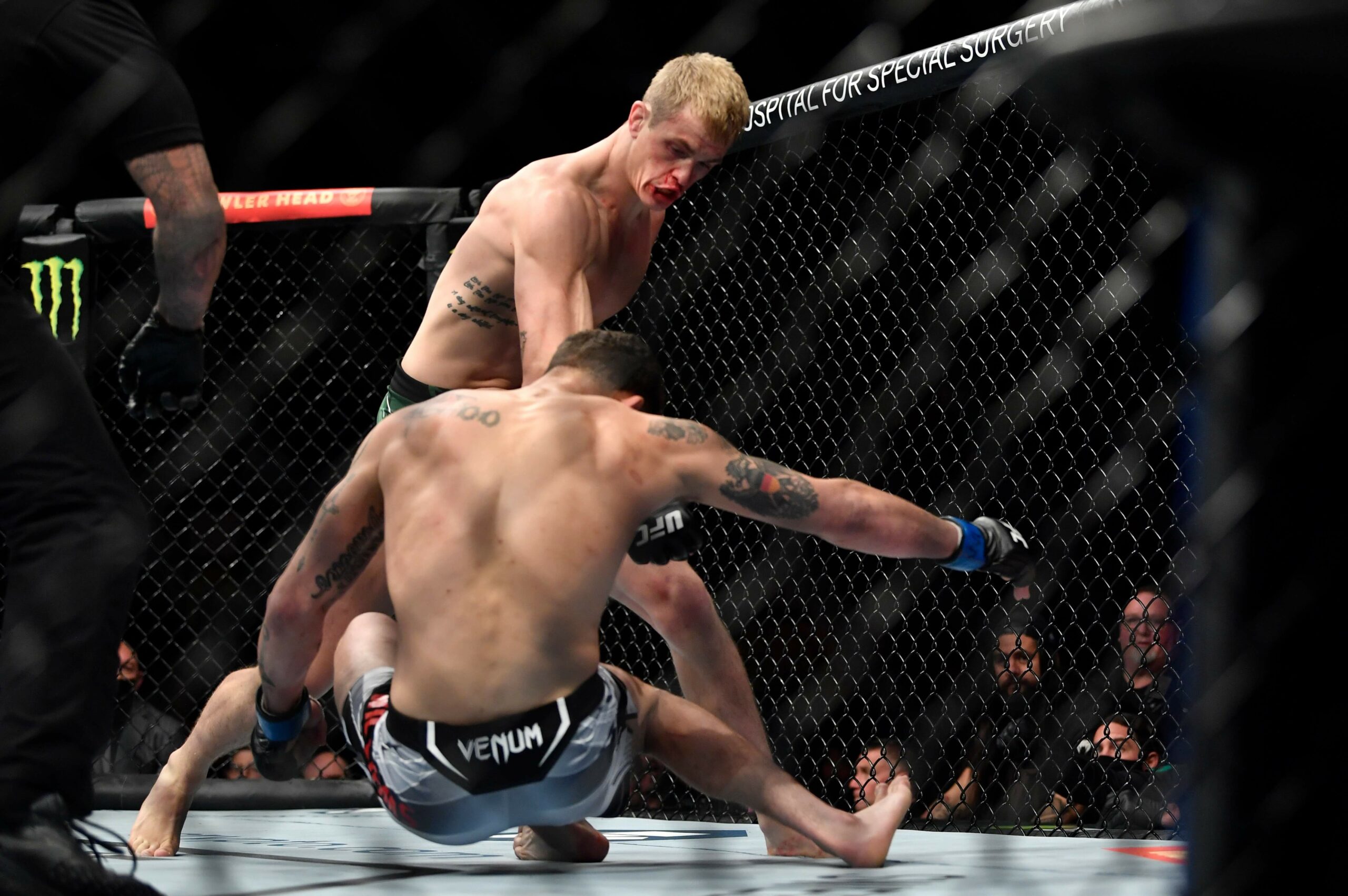 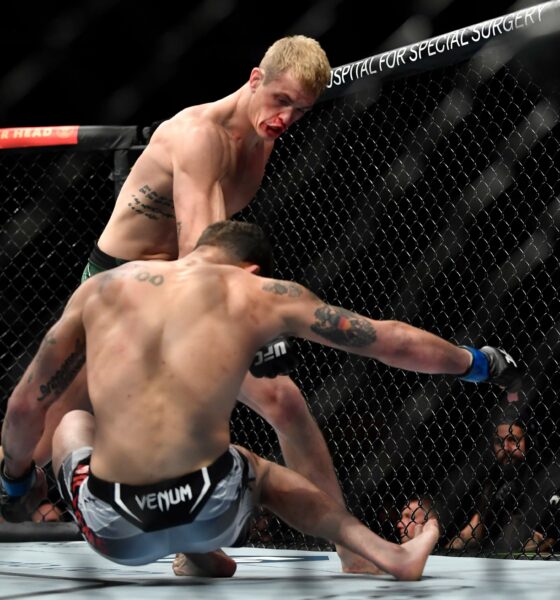 Relocating to the sunshine state of Florida, Garry chose to train at Sanford MMA for his upcoming fight. It wasn’t long before Garry was given his first assignment for the UFC in that of Jordan Williams and was taking part at Madison Square Garden Arena in New York on November 6, 2021, for UFC 268.

Fight Night, we saw a calm, collected and confident Garry.  As the first round opens, Williams is straight in with an inside leg kick followed by a one-two punch that landed—taking control of the centre of the Octagon.  Williams has tagged Garry several times; however, Garry comes in with the high kick, which Williams blocks. Nevertheless, Williams manages to get Garry up against the fence with both guys fighting for underhook positions.  Garry manages to throw a couple of high knees to William’s face whilst still fighting to get the underhooks; on the break, Garry throws an excellent right hand to William’s face.

The straight left punch of Williams’ is leaving a mark now on Garry’s face. Garry attempts a high head kick without success, and it is now Williams turn with a left high kick followed by a punch. Still, Garry blocks both.

Then, with only 0:05 seconds of round one left, Williams starts a little flurry whilst moving forward and overextending himself; Garry slips out of the way and punches Williams straight on the chin, following up with two more short shots, and Williams drops to the canvas.  Referee Mike Beltran waves the fight over.

The winning time came at 4 minutes 59 seconds of round one via knockout. Garry, at just 23 years old, now stands with an overall professional career of 8-0 including a historic promotional debut.

With Garry’s name firmly in the mouths of fans worldwide, speculation is already rife on social media of whom ”The Future” will face next in his UFC career. Who do you think Ian Garry should face in his next outing? What do you make of the young Irishman? Let us know in the comments below!