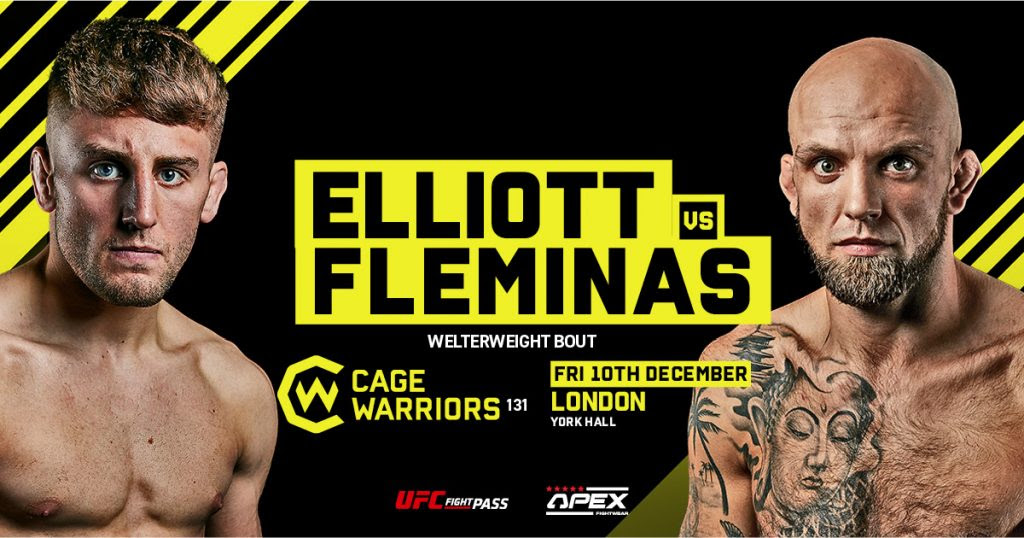 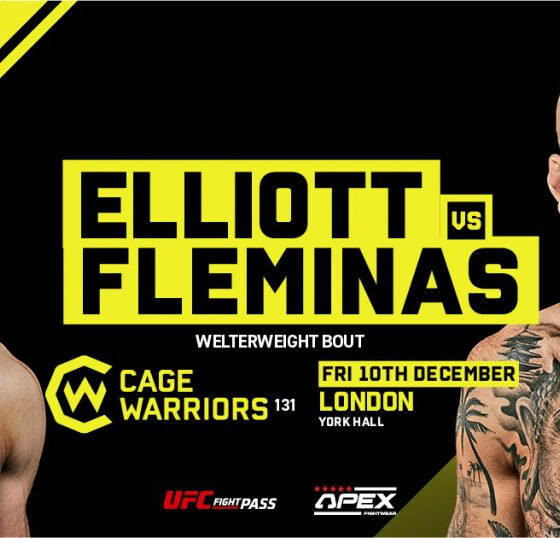 Elliott last fought on CW 127, the first night of Cage Warriors’ final trilogy series, knocking out the respected George McManus in under a round, after a year out of the cage.

“Oban Elliott’s comeback story is remarkable and he showed last time out that he is going to be a real problem at 170lbs. Madars Fleminas is very experienced and will be Elliott’s toughest test to date. This is such a tough fight to call, but with both guys having such exciting styles to watch, I’m sure the fans are in for an early Christmas treat.”

“The Welsh Gangster” Elliott is 4-1 as a pro, with all four of his wins coming within the distance, and told Cage Warriors: “Your resident Gangster is back in the East End!

The Welshman experienced a tumultuous 2020 to say the least, having to deal with a medical condition that he thought could end his career and his first loss as a professional, before issues outside of his control pushed back his return to the cage.

“The Latvian Express” will be taking to the cage for the first time since his loss to former sparring partner Grant, and told Cage Warriors: “This is a great fight which makes me really excited.

“Oban is saying nobody will want to fight him, that’s why I asked for this fight, (I’m) ready to go and get back to winning ways, and to look for that title once again, there is nothing else that interested me, just that belt and I will come for it…

“I love the Cage Warriors set up, high level athletes from around Europe try to climb the ladder to the top, what can be more exciting?”