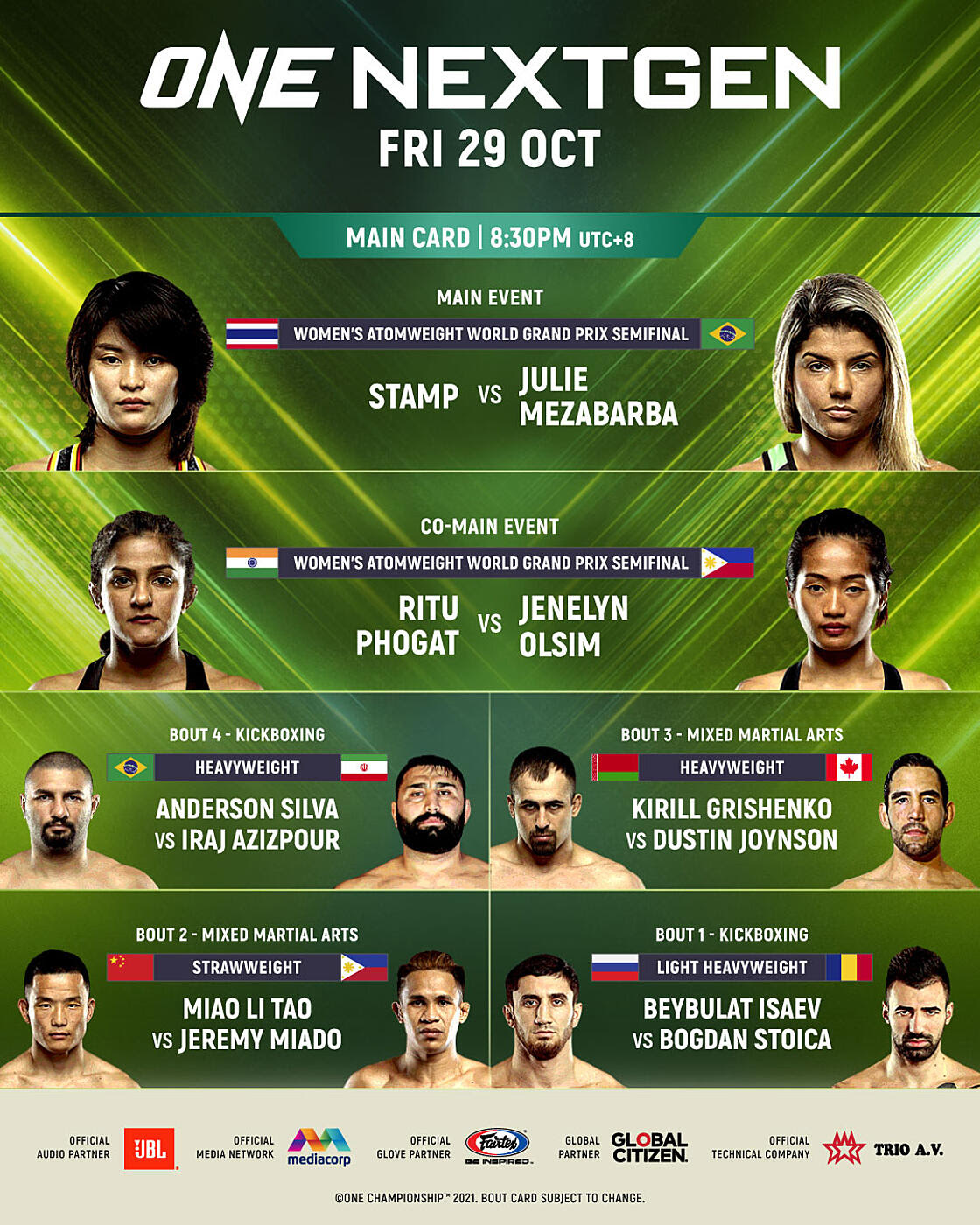 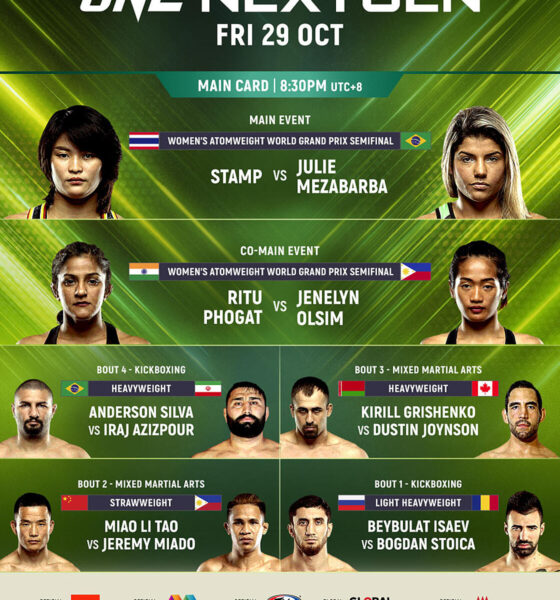 [How To Watch ONE: NEXTGEN]

Undefeated Japanese star Itsuki Hirata has also withdrawn from her semifinal bout with Indian phenom Ritu Phogat in the ONE Women’s Atomweight World Grand Prix. Jenelyn Olsim, who was originally scheduled to face Jihin Radzuan in a World Grand Prix alternate bout at ONE: NEXTGEN II, steps in to face Phogat.

Kryklia and Hirata were both forced to withdraw from their bouts due to undisclosed medical issues.

Stamp Fairtex vs. Julie Mezabarba, the other World Grand Prix semifinal, will now serve as the main event for ONE: NEXTGEN.

To watch the event, check your local listings for the global broadcast to over 150 countries or tune in via ONE Championship’s YouTube channel or the ONE Super App (some regions excluded).

What’s next for Nate Diaz?