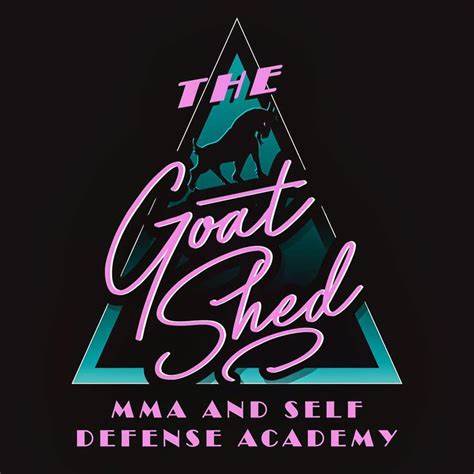 Who are The Goat Shed Academy?

There are videos going around Instagram (for those who are brave enough to escape MMA Twitter) of a stable of fighters having wild sparring down in Miami. We’re not talking about American Top Team (A.T.T), we’re talking about a newer gym known as The Goat Shed Academy.

They already embrace the wildness of their city, with a gym inspired from a scene ripped straight from Miami Vice or Scarface. This flamboyant environment has bread flashy fighters left and right, some making waves in Latin Americas biggest organization, Combate Global.

They aim to bring combat sports into a new era, you can see from their instructional that they have a cerebral approach to the game. They also want to teach the law of the GOAT to the world (which will be discussed in their upcoming documentary series).

“The Lone Star Kid” was born in Texas but has set up camp in Miami. He does a bit of everything, a light footed Tae Kwon Do style paired up with the knees of Muay Thai. He’s young in his career but he legitimately improves every fight and I’m not just saying that. If you like your kickboxers rangy and dangerous then he’s one to watch for sure.

He brings the flash, but he also shows defensive savvy. He lands what he wants and he’s either backing out or he’s getting into the clinch. Great shot selection, not afraid to go upstairs and downstairs. There’s a lot of footage of him on YouTube, if you love clean footwork then watch and learn.

He’s looking to smesh, or take the back and make his opponents go airborne. He’s great in a scramble, dominant on top, and if you don’t mind yourself he drop you on your ear. Don’t just take my word for it, have a look for yourself on his Instagram.

My personal favourite, the rare blend of boxing and judo (which should be more normal, that works) comes together in one talented fighter. His understanding of distance and placement is insane and far beyond his years (at 22 years old).

I could keep listing fighters but this would have to be much much longer. Check them out on Instagram, you won’t be disappointed.