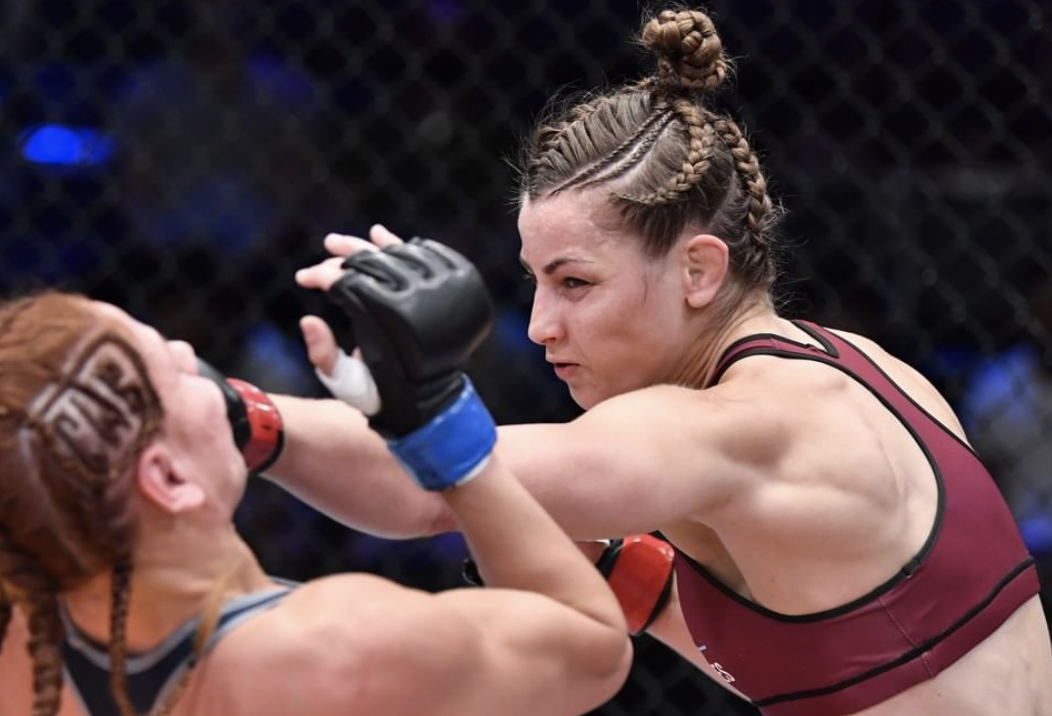 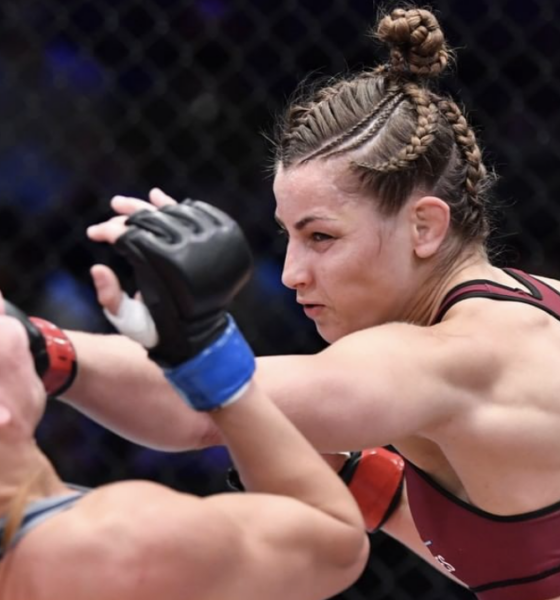 Jasudavicius, 32, opened the six-fight show with a dominant first round of action, which all three Octagonside judges scored a decisive 10-8 round in her favor. The Canadian freestyle wrestling silver medalist used her takedowns and ground-and-pound effectively to control opponent Julia Polastri (8-3), the former Shooto Brasil strawweight champion.

Jasudavicius would go on to outland Polastri 86-80 in significant strikes, 4-0 in total takedowns, and amassed a key 6:59 in ground control time to cement her victory at the UFC APEX Center in Las Vegas, Nevada. All three cageside judges scored the fight in favor of Jasudavicius 29-27.

“It would mean the world to me [to be awarded a UFC contract],’” an elated Jasudavicius exclaimed when speaking to event commentator and Octagon interviewer Laura Sanko after her victory. “Dana kind of gave me props at the end, so that made me feel really good. I think maybe I get the contract; I’m really hoping that I do. It would change my life.”

Jasudavicius did, in fact, get the contract for which she so tirelessly worked.

“Obviously, Jasmine has a big wrestling background, and what you see with a lot of wrestlers is they’ll get that top position and start smashing people; they like to dish it out, but when a fight starts to turn, they don’t take it as well as they dished it out,” White said at the conclusion of the event. “She can dish it out and she can take it.

“The fight turned into an absolute war, and I liked what I saw. We’re going to give her a shot,” White concluded as he awarded Jasudavicius a UFC contract.

During the post-event press conference, White added, “Jasmine fought her ass off. She literally just told me over there, ‘I’m here for the next two weeks if you need me for the next show. I’ll turn around and fight.’ She’s like, ‘This shit will clear up in two days.’ So, I definitely made the right decision on that one.”

Walking from the winner’s waiting room after receiving the contract, Jasudavicius managed, “Oh my god, it’s amazing. I don’t even know what to say.”

A professional since 2019, Jasudavicius began her MMA career later in life but has found tremendous success in a short period of time. She garnered a 4-0 amateur record replete with multiple titles in addition to her current 6-1 mark as a pro, which boasts a 50% finish rate.

She challenged for the Cage Fury FC strawweight title in 2020, and her Contender Series victory on Tuesday night marks her second consecutive win. Jasmine Jasudavicius is the UFC’s newest addition to the flyweight division.

“When we signed Jasmine as an amateur in early 2019, we saw the makings of a UFC champion,” said Matt Dodge, CEO of Dodge Sports. “In two short years, we couldn’t be more proud of her professional and personal development, and the amount of still untapped potential here is so exciting for us.”

Will Currie vs Jonathan Bosuku set for CW 128