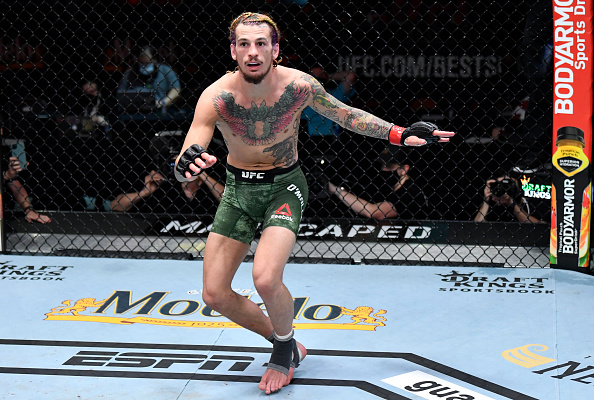 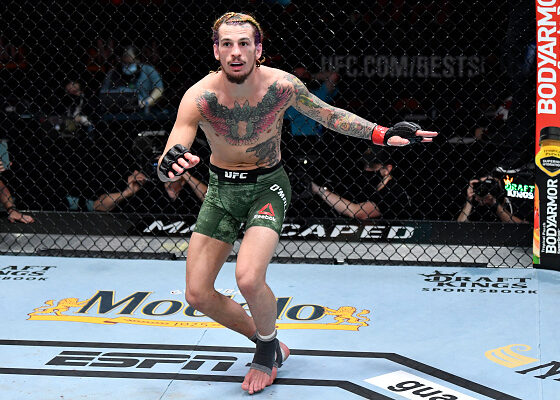 Sean O’Malley dismisses Paddy Pimblett: “As ugly and stupid as he may look, he’s kind of smart”

Sean O’ Malley recently appeared on the MMA Hour to update us on his next fight, and closed the segment with some choice words about fellow fighter Paddy Pimblett.

Initially set to square off against Frankie Edgar in New York, O’ Malley hit a stumbling block with the date set, and sought to push the fight back to December 11th. It seems that “Suga” Sean’s coach was unavailable to corner for him on the date specified.

The UFC however, had no such intentions of delaying the fixture; and merely replaced O’ Malley with Marlon Vera thus ensuring UFC 268 goes ahead as planned on November 6th.

When asked about his thoughts on this revelation during a recent appearance speaking with Ariel Helwani, O’ Malley had this to say:

When quizzed on whether or not he was still set to fight on December 11th, he continued, “That sounds like the plan. Still 12 or 13 weeks out, but the 11th still sounds like the next date.”

UFC 269 will take place on December 11th, but there has been no public announcement on location or venue yet.

When Helwani suggested Paddy “The Baddy” Pimblett as a possible opponent, “Suga” was quick to dismiss the matchup. While he believes it could be a big fight further down the line, O’ Malley currently seems to be at a loss as to the origins of Paddy’s apparent issues with him.

Responding to “The Baddy’s” earlier remarks, calling O’ Malley a ‘bitch-ass pothead’, “Suga” had this to say.

“I have no idea. I didn’t know about him until the UFC started posting stuff about him. So, just a bunch of people telling me ‘Paddy’s talking shit’, so I’m not going to NOT talk shit back. I don’t know what his beef is with me. As ugly and stupid as he may look, he’s kind of smart. He’s talking about the biggest name in the UFC. I’m the cash cow and he knows that.”

While these may be bold claims on O’ Malley’s part, with Pimblett bursting onto the scene and beating Luigi Vendramini in spectacular fashion by first round stoppage; “Suga” may have much more to focus on than simply harsh words from the Huyton man.

What are your thoughts on this potential match between two rising stars?