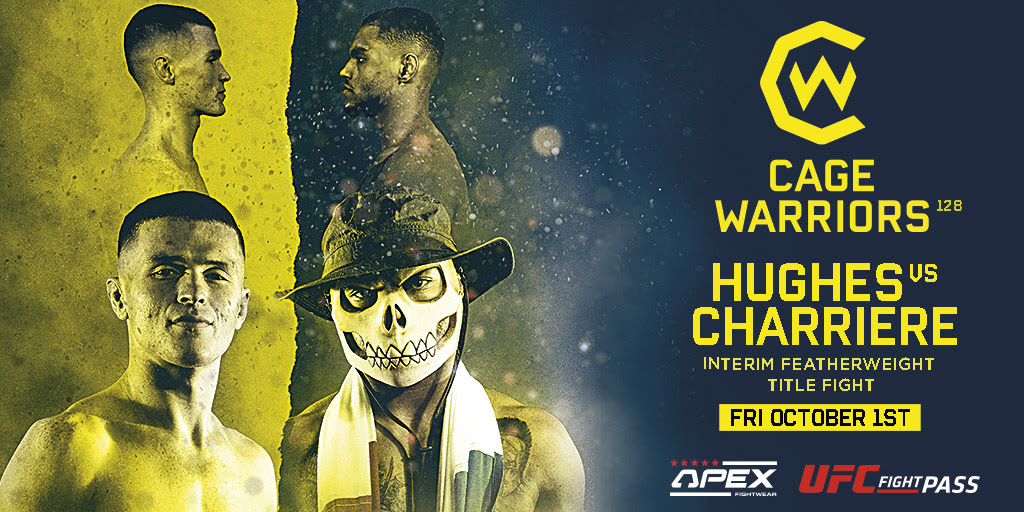 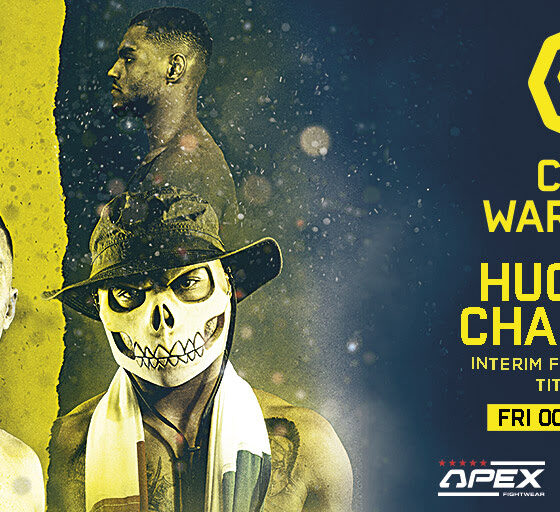 Morgan Charrière and Paul Hughes will square off in the main event of CW 128 in London’s iconic York Hall on the second night of Cage Warriors‘ fifth Trilogy series.

With current featherweight champion Jordan Vucenic still inured, Hughes and “The Last Pirate” will fight to decide who will be the interim champion of the division. On the announcement of the interim title fight, Cage Warriors president, Graham Boylan, said:

“It’s a shame that Jordan Vucenic is still injured but the division must move forward. Hughes vs Charrière will decide our interim champion, which works out perfectly, seeing as both men want to avenge losses to Vucenic in the future. This fight is one that you will not want to miss!”

Paul Hughes holds a 7-1 record, his sole loss coming at the hands of Jordan Vucenic. On the announcement of the fight, the Irishman said:

Morgan Charrière comes into the fight with more experience than Hughes, holding a record of 16-8-1, with eight wins coming via knockout and another four via submission.

“The Last Pirate” was matched up for CW 124 with Jordan Vucenic for a rematch, but a Vucenic injury meant the fight had to be called off. Ahead of this long-awaited fight with Hughes, Charrière said:

“This fight is the road back to my title. I don’t care about the interim title, the opponent or anything. I’m just focusing on winning and putting on a performance!”

CW 128 will be broadcast on M6 Groupe’s AVOD platform 6play in France, one of France’s biggest broadcasting platforms, allowing our French fans to tune into the action and enjoy the show, in addition to UFC Fight Pass globally.