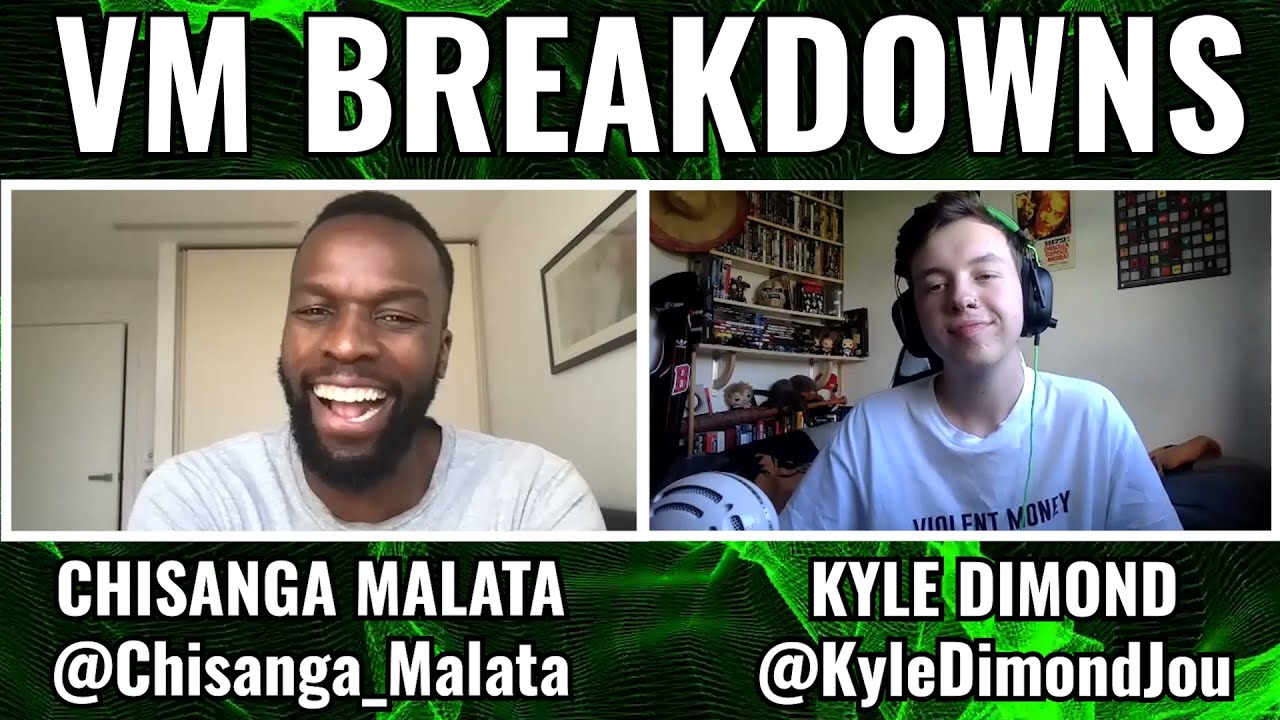 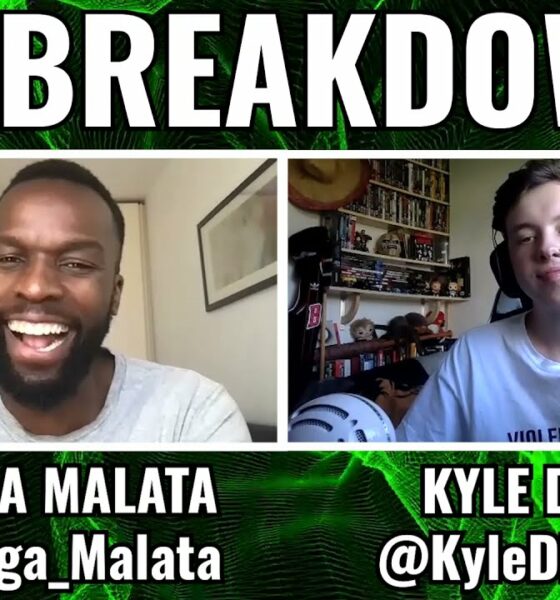 Join us for the latest episode of VM Breakdowns with resident host Kyle Dimond as he dives into upcoming MMA cards with some of the best minds in the UK MMA scene.

After we covered the Cage Warriors alumni with Brad Wharton, co-host Kyle Dimond is joined by special guest co-host Chisanga Malata for part two as they breakdown the remainder of the UFC Vegas 36 card taking place Sept. 4th!

Related Topics:FeaturedUFCVM Breakdowns
Up Next

PFL 2022 | Inside the featherweight division

PFL 2022 | Inside the featherweight division 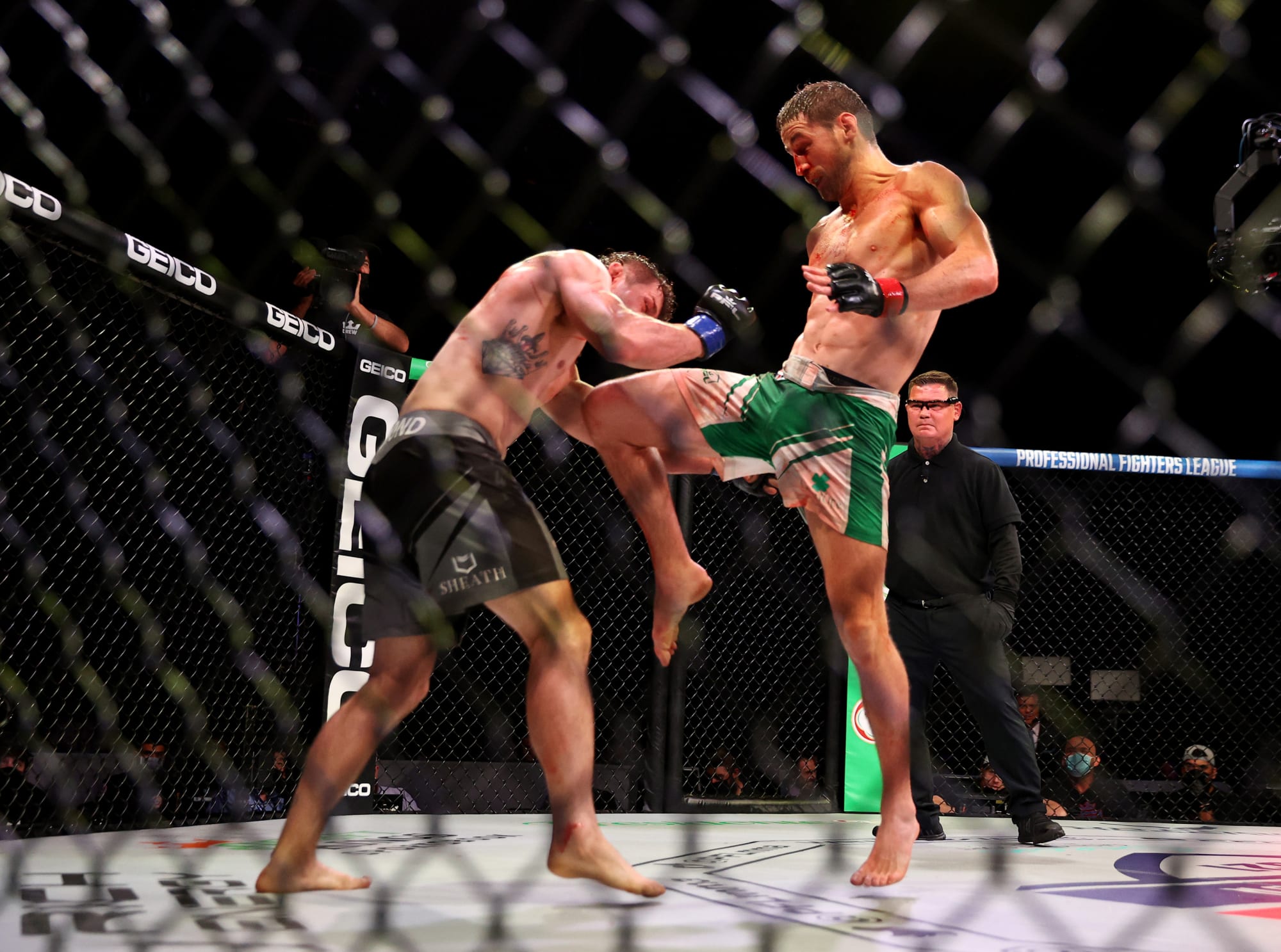 The PFL 2022 season is officially underway and this week’s card features the opening round of bouts for the featherweight division. With last year’s featherweight winner and reigning champion Movlid Khaybulaev unable to defend his title due to an injury, there will be a new featherweight winner guaranteed. With that in mind, get to know the 10-men aiming to emerge victorious in this season’s tournament.

After he was controversially denied a UFC contract after winning on Dana White’s Contender Series, Brendan Loughnane’s signing with the PFL added a lot of intrigue to the 145-pound division. In his first tournament last year, Loughnane made it to the semi-finals where he lost to the undefeated Khaybulaev who went on to win the tournament. A first-round stoppage over Sheymon Moraes and a dominant performance against Tyler Diamond proved what everyone already knew, that Loughnane deserves all the credit he gets as a top tier featherweight. He’s also the man that UK fans have to thank for the PFL being on Channel 4 so he has already made quite an impact.

Another one of last season’s top performers whose campaign was stopped by Khaybulaev was Chris Wade. Competing in the PFL since 2018 after a 7-fight run in the UFC, Wade has made it to the later stages of the tournament on each occasion but has never won it. Wade will face a tough test in his first fight this season, taking on two-time winner Lance Palmer who despite having 12 fights in the PFL, he is yet to face.

A four-time NCAA Division 1 All-American wrestler, Lance Palmer used his wrestling credentials to win back-to-back featherweight tournaments in 2018 and 2019. With a lot of dominant decision wins on his PFL resume, Palmer attempted to make it three in a row once the PFL returned in 2021. After his two years of dominance at 145, Palmer went 0-2 in last year’s season, losing two unanimous decisions to Bubba Jenkins and Khaybulaev.

Debuting in the PFL last season, Bubba Jenkins put two wins together over Lance Palmer and Bobby Moffett before losing to Chris Wade in the semi-finals. Jenkins moved over into the PFL as the reigning Brave CF featherweight champion after an 11-fight run in Bellator. After his previous opponent pulled out 2 weeks before the event, former UFC fighter and fan favourite Kyle Bochniak will step in as the first test of the season for Jenkins. We recently caught up with him to talk all about his career so far and moving forward.

Another fighter returning from last season’s tournament, Sheymon Moraes’ PFL career started with a first-round loss to Brendan Loughnane. Since last season’s debut, Moraes has regained his momentum with back-to-back second-round finishes over Jesse Stirn and Lazar Stojadinovic. Though his UFC career didn’t go to plan, his five professional losses have come to Marlon Moraes, Zabit Magomedsharipov, Sodiq Yusuff, Andre Fili and Brendan Loughnane. Moraes will be out to prove once again that he should not be counted out when he meets another former UFC competitor.

After losing his first two UFC fights via first-round finish, Boston Salmon’s UFC career was cut incredibly short. After one fight in the LFA, Salmon debuted in the PFL in March with a corner stoppage victory. Salmon came through in the RFA before getting a shot on Dana White’s Contender Series, picking up a win over last season’s TUF winner Ricky Turcios. His fight in this first round of match ups vs Sheymon Moraes is sure to produce a finish.

Mexico’s Alejandro Flores will be one of the fighters coming into the tournament as more of an unknown despite having 23 professional fights. After competing for South American promotion Combate for several years, Flores got a shot on Dana White’s Contender Series which he lost to Rafael Alves. His PFL debut came last year in August where he picked up a split decision win to solidify his place in this year’s tournament. On Tapology, he is the 3rd ranked pro featherweight in the US, 2nd ranked in Latin America and number one in Mexico.

After going 6-0 in CES, Kyle Bochniak debuted in the UFC in 2016. After going 2-2 in his first four pro UFC fights, Bochniak won fans completely over with his performance against Zabit Magomedsharipov. Despite losing the fight, his brawling style made him a fan favourite but after losing three in a row, he was cut from the promotion. Going 3-0 in the promotion XMMA, Bochniak has stepped in on late notice to face Bubba Jenkins and compete in the PFL 2022 season and always, is guaranteed to deliver some must watch fights.

The number one ranked featherweight in Germany, Bolaghi comes into this season off the back of two wins last year. Two decision losses and one split decision draw are the only blemishes on his record since his pro debut in 2014. Bolaghi will meet Alejandro Flores in this season’s featherweight opening, watch this space for a dark horse in the tournament.

Rounding out the ten competitors is Japan’s Ryoji Kudo. Competing in the likes of ONE Championships Warrior Series and Japanese promotion Shooto, Kudo comes into this season off the back of a loss. A majority decision in July of last year put Kudo’s 3-fight first-round KO/TKO streak to a halt but there are no easy fights in the PFL 2022 season so Kudo can’t be slept on despite not fighting outside of Asia. His first fight in the PFL comes against Manchester’s Brendan Loughnane which is sure to produce a great kickboxing match whilst it lasts.

Who is your favourite to finish the PFL 2022 season as champion? Let us know your thoughts in the comments below. 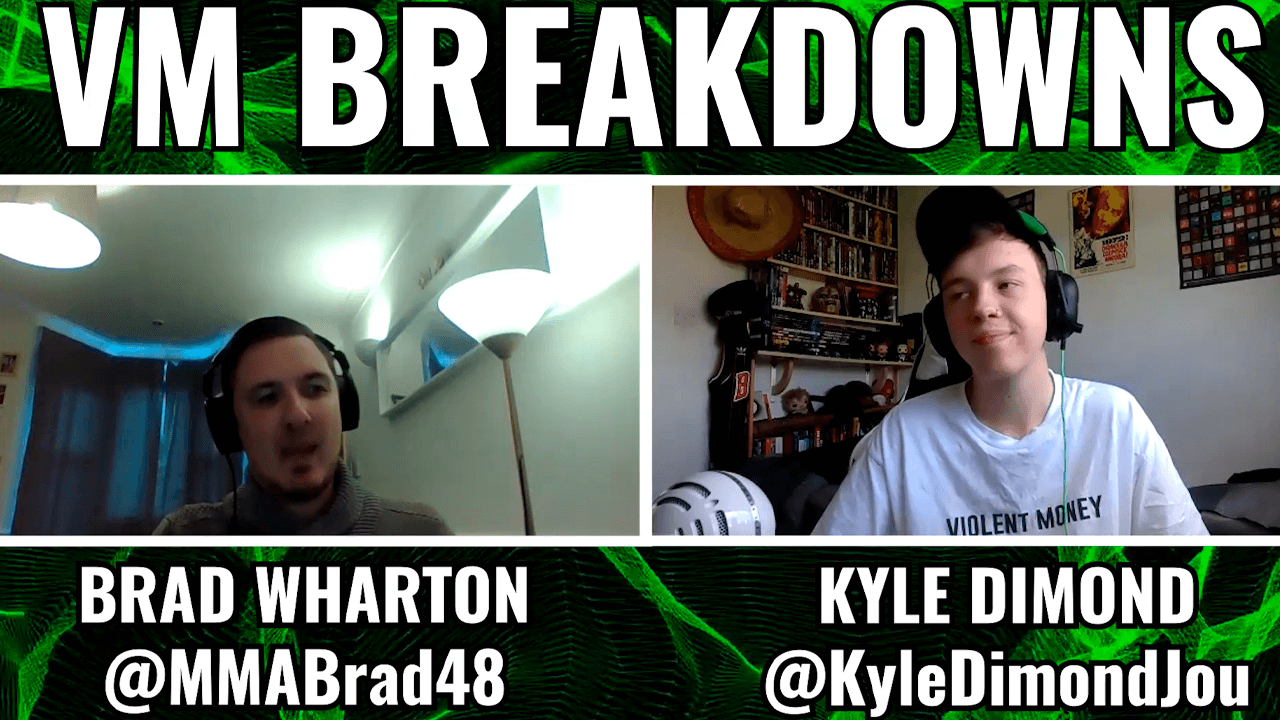 Join us for our debut episode of VM Breakdowns where host Kyle Dimond will be breaking down upcoming cards with some of the best minds in the UK MMA scene. In this episode we are joined by a special guest, Mr. Brad Wharton! Brad is the current commentator for Cage Warriors and helps us dive into the Cage Warriors invasion on the upcoming #UFCVegas36 card which features the likes of #PaddyPimblett, #JackShore #MollyMcCann, #ModestasBukauskas and #TomAspinall!

This is one you don’t want to miss! Make sure you like the video and subscribe for more VM Breakdowns.