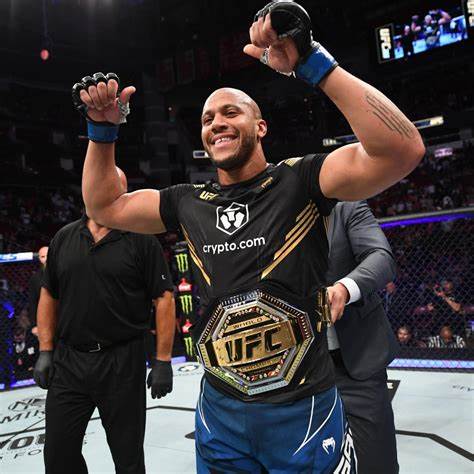 UFC 265 saw the Interim Heavyweight champion crowned in anticipation of Francis Ngannou’s return. The battlefield seemed to belong to men’s Bantamweight division, as six bouts are contested in 135 pound division to determine which fish will swim with the sharks at the top of the division.

Gatto showed some solid striking and grappling, she controlled most of the fight. Leonardo broke her arm (an old injury) and tried her best to hide it from the doctors but it was waved off. It was a solid debut with an odd ending, both ladies go on to fight another day underneath the UFC banner.

Manel Kape breaks his losing streak with a flying knee

Kape needed a win badly tonight and he got one. He came out eager, moving in and throwing feints and looking for that big shot. Osbourne cracked Kape with good shots but all Kape needed was one chance to earn himself the KO, and his BJJ black belt but he will not get the performance bonus as he did not amke weight.

Bobby Green and Fizyev put on a show

Fiziev is a beast, and some pundits believe that he is going to smash everyone in his way en-route to the UFC Lightweight title. He came to a fork in the road that some fighters have issue with and that fork is Bobby Green. We saw the shoulder roll, the right hand, Green looked great against a talented fighter who sometimes looks like he’s plugged into the matrix. Some fans are arguing that because Green out landed his opponent that he should have had his hand raised. I’ll say no more, if you don’t watch this fight you are doing yourself a disservice.

Fiziev even called out the greatest fighter Dagestan has ever known, Hasbulla, in his post fight interview. I think Fizzy will be shooting for his life in there.

Mind you, Jose Aldo is not old in the normal sense but in fighters years he has serious mileage on the clock. Pedro Munhoz has a knack for beating up on former champions but Aldo wasn’t going to let it happen to him and threw everything in his arsenal at Pedro; the body work, the kicks while managing himself with smart footwork. Absolute masterclass.

Ciryl Gane gets the match up with his former training partner, Francis Ngannou

Gane looked great, he avoided the bombs and even threw leg kicks which Heavyweights seem to be allergic to. He took the fight to Derrick Lewis and netted himself a performance of the night bonus thanks to John Morgan, the owner of the first question. This lines up a match with Francis Ngannou, alledgedly Gane would get the better of him in sparring so this could get interesting.

A few honorable mentions; Jessica Penne getting that armbar finish over Karolina Kowalkiewicz and Visente Luque with that sweet darce opposite Michel Chiesa. Honestly this card is well worth a watch.

Rico Verhoeven vs Alistair Overeem in the works for GLORY title