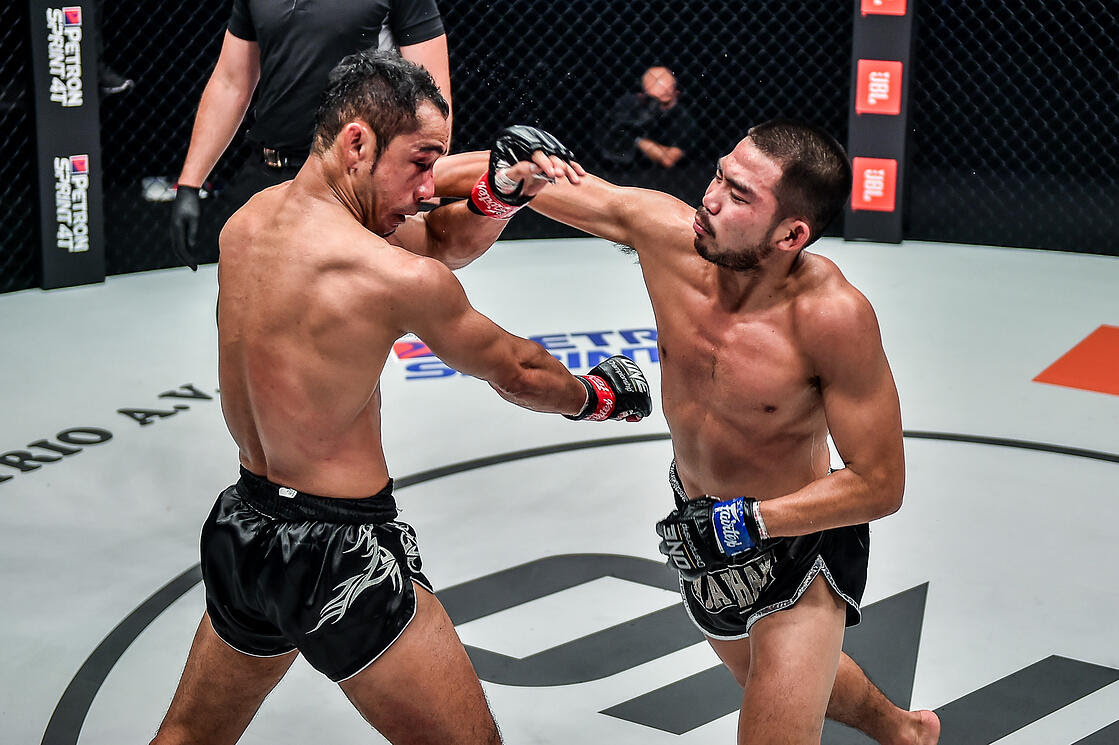 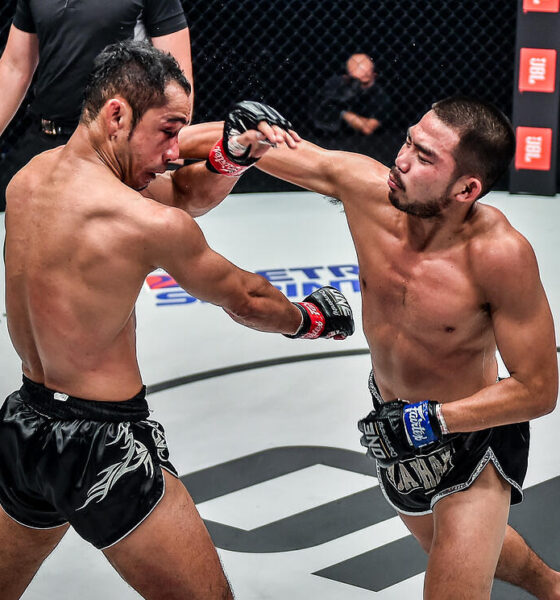 ONE Championship returned Friday, 30 July, with ONE: BATTLEGROUND, which aired live from the Singapore Indoor Stadium. The show featured five exciting mixed martial arts contests and a main event showdown between Sam-A and Prajanchai for the ONE Strawweight Muay Thai World Title.

Prajanchai started the bout off strong, showcasing his trademark speed and power. A straight right hand down the middle sent Sam-A crashing to the canvas in the first round, scoring a knockdown for the ONE Super Series debutant.

Sam-A picked up the pace at the end of round three, as the two warriors traded combinations across the Circle. Rounds four and five were intense, as both men poured it on in the championship rounds. In the end, Prajanchai took home the victory by majority decision.

In the co-main event, former two-division ONE World Champion Aung La “The Burmese Python” N Sang authored a spectacular first-round knockout of top middleweight contender Leandro “Wolf” Ataides. After Ataides scored with an explosive takedown, Aung La worked back up to his feet, where he cornered his Brazilian adversary and unloaded a furious boxing combination. The final punch – a right hook – crumpled Ataides to the canvas, and the referee called a halt to the contest. It was a statement win for the Myanmar superstar after losing both of his World Title belts.

Indian wrestling sensation Ritu “The Indian Tigress” Phogat returned to the winner’s circle with an impressive performance against “MMA Sister” Lin Heqin. Phogat used her superior grappling skills to overpower Lin on the mat and pounded her out from various positions. All three judges scored the bout in favor of Phogat to win by unanimous decision, snapping Lin’s 11-fight winning streak.

Jeremy “The Juggernaut” Pacatiw of Team Lakay was successful in his ONE Championship debut, dominating “The Ghost” Chen Rui across three rounds. Pacatiw used his movement to attack Chen with powerful right hands from range. Chen found his rhythm late in the third, but Pacatiw defended well. All three judges scored the bout in favor of Pacatiw to win by unanimous decision.

Seventeen-year-old Victoria “The Prodigy” Lee made quick work of “Little Sprouts” Wang Luping to win by first-round submission and move to 2-0 in ONE Championship. Lee was methodical in her approach, closing the distance and taking Wang to the ground with a slam. On the mat, “The Prodigy” transitioned into a mounted triangle, cranked on the arm, and forced the tap.

ONE Championship returns next with ONE: BATTLEGROUND II, a tape-delayed event that airs on Friday, 13 August. In the main event, former three-time ONE Lightweight World Champion Eduard Folayang takes on Chinese mixed martial arts star Zhang Lipeng, who makes his ONE debut. In the co-main event, #5-ranked strawweight contender and former ONE Strawweight World Champion Alex Silva takes on Miao Li Tao.

Then on Friday, 3 September, the historic all-women’s fight card, ONE: EMPOWER, broadcasts live, as eight of the world’s best atomweights compete in the quarterfinal round of the ONE Women’s Atomweight World Grand Prix. In the main event, reigning ONE Women’s Strawweight World Champion Xiong Jing Nan defends her gold against #2-ranked strawweight contender Michelle Nicolini. Also, Kickboxing World Champion Anissa Meksen makes her ONE Super Series debut against Cristina Morales in an atomweight kickboxing contest.