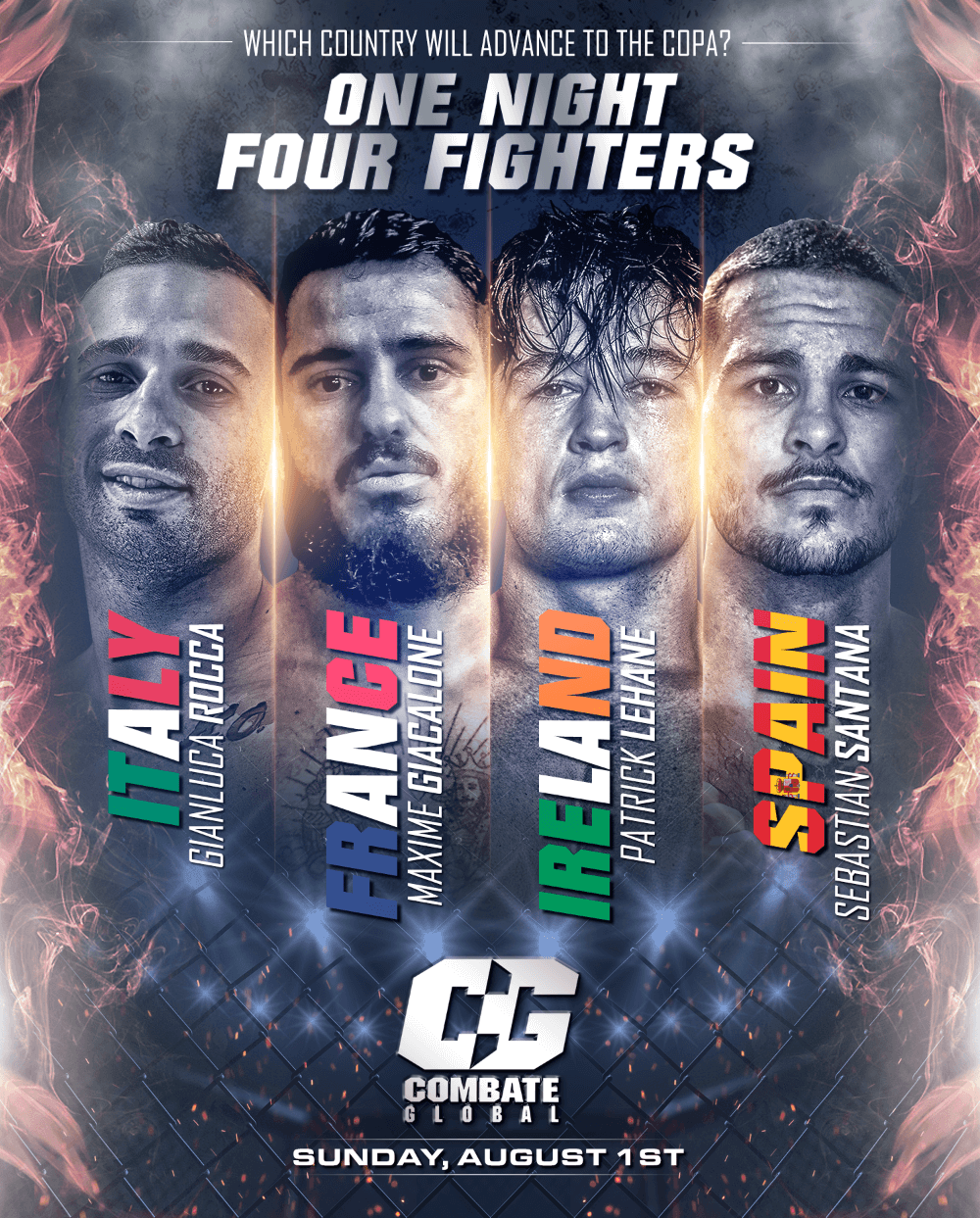 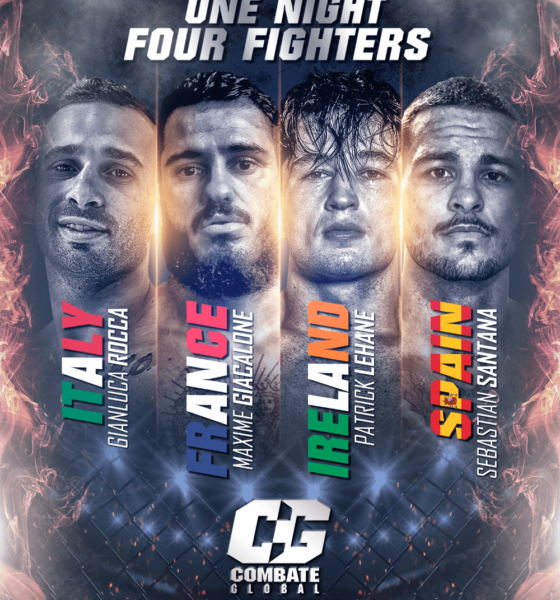 The one-day, four-man lightweight (155 pounds) tournament will feature fighters representing Spain, France, Italy and Ireland, respectively.  The winner of the tournament will earn an entry for his country into the annual “COPA COMBATE” one-night, eight-man, $100,000 grand prize tournament in December.

“This tournament is a milestone for our company and the beginning of our global expansion to reach even more fans with our brand of Much More Action,” said Combate Global CEO Campbell McLaren.

Representing Spain in the tournament will be 26-year-old Sebastian Santana Guedes (8-3-1) of Las Palmas, Gran Canaria.

Fighting out of Marseille, the aggressive-minded Giacalone reeled off five straight wins between 2016 and 2018, after a rocky start to his career that saw him lose each of his first four fights.

A furious striker, Rocca, who fights out of Santarcangelo di Romagna, has notched four of his six career victories via TKO.

Ireland will be represented by hard-hitting, 21-year-old Patrick “The Leech” Lehane(0-0) of Cork.

The youngest competitor in the tournament field, Lehane will make his professional debut at the event following a lengthy amateur career spanning 19 bouts, including a highlight reel, second round (1:19) knockout of Shane Geraghty with a vicious uppercut in November 2019.

Should either of the semifinal stage bout winners be physically unable to advance to the championship stage of the tournament due to injury sustained en route to victory, the winner of the matchup between Aaron and Howell will replace the injured winner in the championship bout.

In addition to the European tournament, the fight card will feature three single bouts pitting competitors from the U.S. against adversaries from Mexico.

Who do you think reigns supreme in the European tournament?