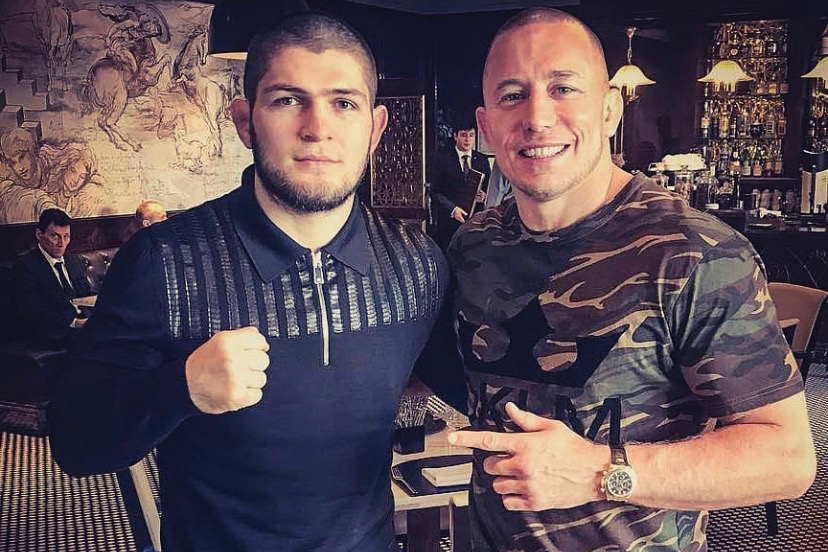 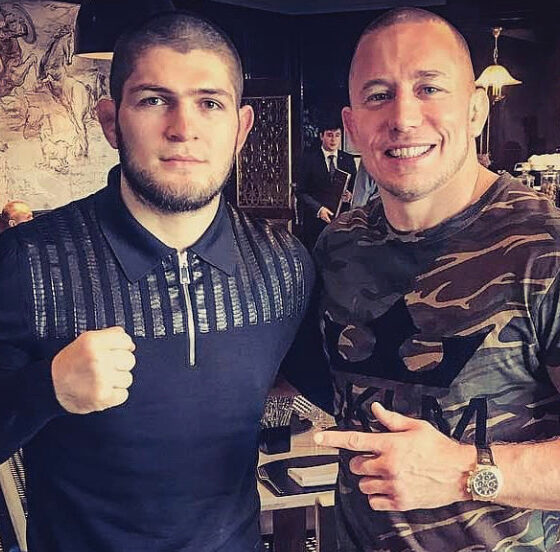 Just in case you had forgotten, Khabib Nurmagomedov is retired. A hard truth? Yes, but a truth we all must accept and that includes UFC President Dana White.

Retiring in-cage back in October 2020 after submitting Justin Gaethje at UFC 254, Khabib has left everybody wanting more. Nobody wants him more however than Dana White, who despite Nurmagomedov’s firm stance, continues to hound the former UFC lightweight champion. Most recently offering him a fight fans dream(ed) of. Georges St. Pierre.

Back in May of this year, Ali Abdelaziz appeared on Mike Tyson’s Hotboxin’ podcast and revealed he had received a highly lucrative and high profile offer for Khabib Nurmagomedov to face off with Georges St. Pierre. Despite the offer and the potential millions that came with it. Khabib refused the offer.

Speaking with press on Monday, Khabib revealed he had refused an offer to face GSP and expects these sorts of offers and rumours to continue for a long time.

“He sent me a message and said, ‘Hey, Georges St-Pierre wants to fight with you,’ I said, ‘What can I do?’ I don’t know. I’m finished, you know? I think Georges is finished, too, you know. Let this guy be a legend. He’s 40 years old and I don’t understand why he has to fight. I think he has money, too. I’m finished. I’m really finished.”

At one point, this fight seemed more like reality than a fantasy with both athletes expressing an interest to face each other. That ship has now sailed and following the retirement of Nurmagomedov, GSP didn’t sound too keen on whether he would accept a fight offer.

What’s your thoughts on this? Can you see Khabib or even GSP return for one last fight?