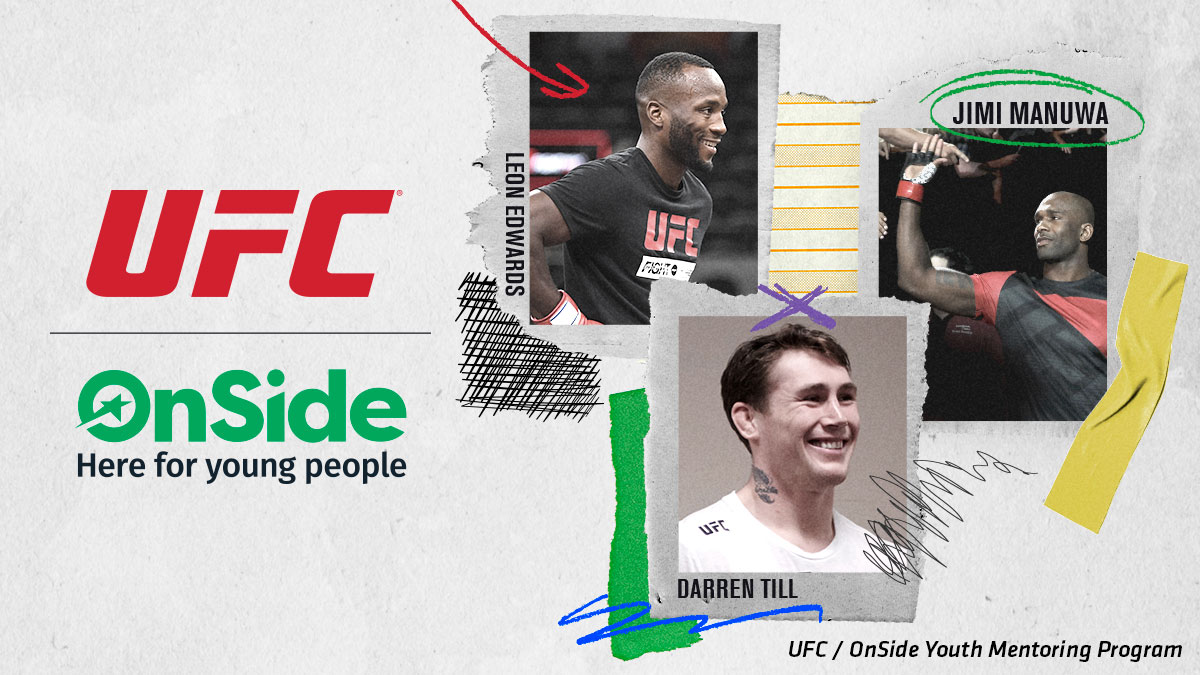 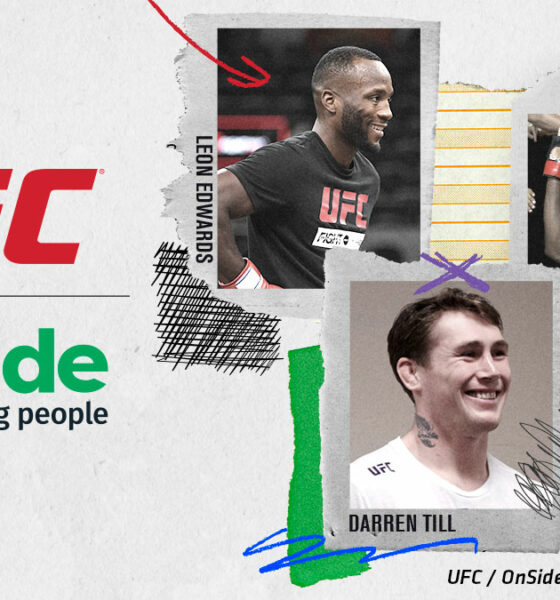 The worlds leading mixed martial arts promotion, the UFC, has today announced its partnership with UK based charity OnSide and Legacy Youth Zone in a bid to tackle the knife crime epidemic in the UK. The partnership will be led by UK athletes Leon Edwards, Darren Till and Jimi Manuwa who will lead an MMA-focused mentoring program at OnSide in Croydon, Wolverhampton & the Wirral.

Knife crime has been a constant and ongoing problem in recent years, with a shocking 46,265 incidents recorded in England & Wales last year. Speaking earlier this year, Leon Edwards spoke to media how a phone call between himself, Jimi Manuwa and Darren Till led to the movement being launched after a surge of knife crime in their hometowns:

“Jimi and I spoke and we came from similar backgrounds. In the U.K., there’s a big knife pandemic, basically – loads of kids getting stabbed. And I came from the same background and he came to me and said we should do something. I said, yeah perfect. I was thinking of doing it anyway. So me, Jimi, Darren had a phone call. We said where can we take it, would the UFC be willing to do it? We spoke to the UFC, they said yes – 100 percent, they want to be involved.”

Jimi Manuwa has also spoken about the partnership and how he hopes his own life experiences will resonate with the kids that will participate in the programme:

“Knife crime is out of control now, I don’t know if there’s just more social media and media to cover it but I feel we can do something because we are these kids and we come from the same places they are growing up in. Before I started fighting I had my fair bit of trouble; I’ve been to prison four times so I’ve come from these same circumstances. I would have wanted someone to do something for me when I was 17 or 18, I needed that same guidance.”

Liverpool’s own Darren Till is also no stranger to knife crime, being stabbed himself eight years ago with the weapon missing his major artery by only a millimetre:

The partnership will be aimed at 12-16 year olds and also to those on probation for knife possession and assault and also gang and drug-related crimes. The programme will consist of weekly classes over a six-to-eight week period at selected OnSide centres.