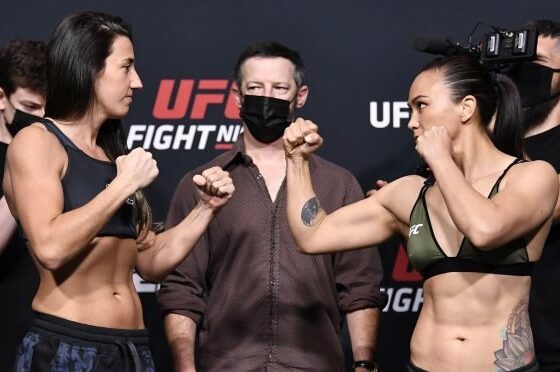 Alex Morono cruised to a first round TKO as he swarmed Donald Cerrone at UFC on ESPN 24. Cerrone was originally scheduled to face Diego Sanchez but due to ‘The Nightmares’ release from the promotion, Morono would step in on just six days notice.

The fight was a brawl from start to finish as ‘Cowboy’ and Morono engaged in a stand up battle and awaited who would back off first. Both landed heavy shots but it was Alex Morono who landed heavier, hurting Cerrone and pressured him back against the cage, swarming him with strikes until the referee had no option other than to step in.

As the main event between TJ Dillashaw and Cory Sandhagen was pulled from the card, Marina Rodriguez would step in on short notice and face Michelle Waterson to headline the card. Rodriguez caused nothing but problems for Waterson as she went on the offensive heavily for the first three rounds. Waterson faired better in the final two rounds, managing to implement her wrestling game and landing some heavy shots from the ground. It was all too little too late however as Rodriguez would take the unanimous decision.

You can see the official results in full for UFC on ESPN 24 below:

Daley Breaks It Down | Canelo vs Saunders | Both fighters can win!