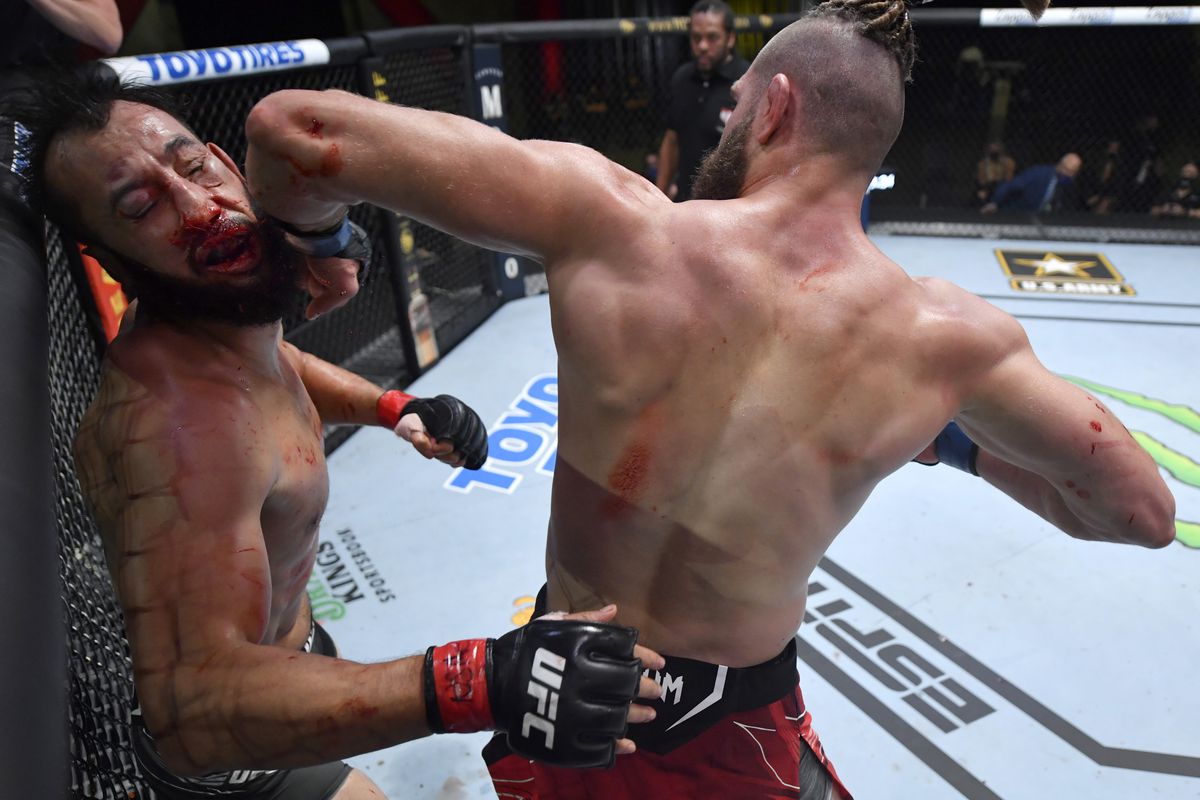 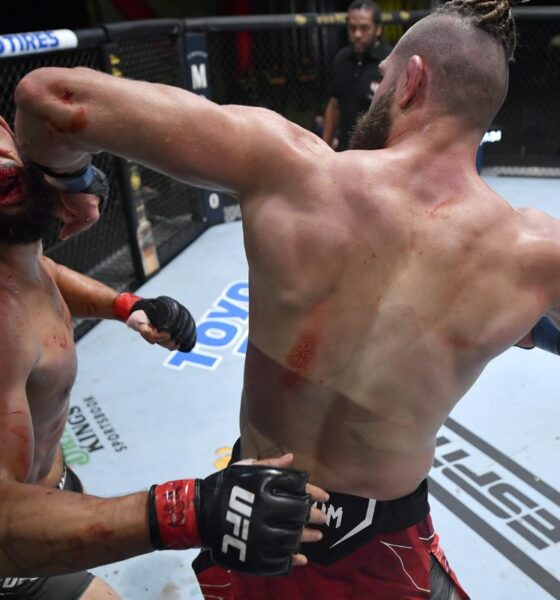 UFC Light Heavyweight champ Jan Blachowicz has called out Jiri Prochazka following his brutal KO of Dominick Reyes. Prochazka landed a monstrous spinning back elbow on Reyes’ chin which saw the American go to sleep. As a result, Blachowicz took to Twitter to suggest a title fight in his hometown of Cieszyn. Following two wins over former title challengers, the Czech fighter has put himself in the title mix. Having a PPV card in Europe with an all-European title fight between two powerful punchers could be epic – especially if there was a full crowd.

Previously, in the co-main event, world-class striker Giga Chikadze knocked out Cub Swanson in the first round with a body kick followed by punches. Randa Markos lost the featured prelim via DQ due to an illegal upkick against Luana Pinheiro. Otherwise, it was a night of decisions in Las Vegas after wins for Merab Dvalishvili, Sean Strickland and Loma Lookboonmee. Following the Romanian’s antics at the face-off, Ion Cutelaba and Dustin Jacoby fought their way to a split draw.

Keep it with Violent Money for all your MMA news.