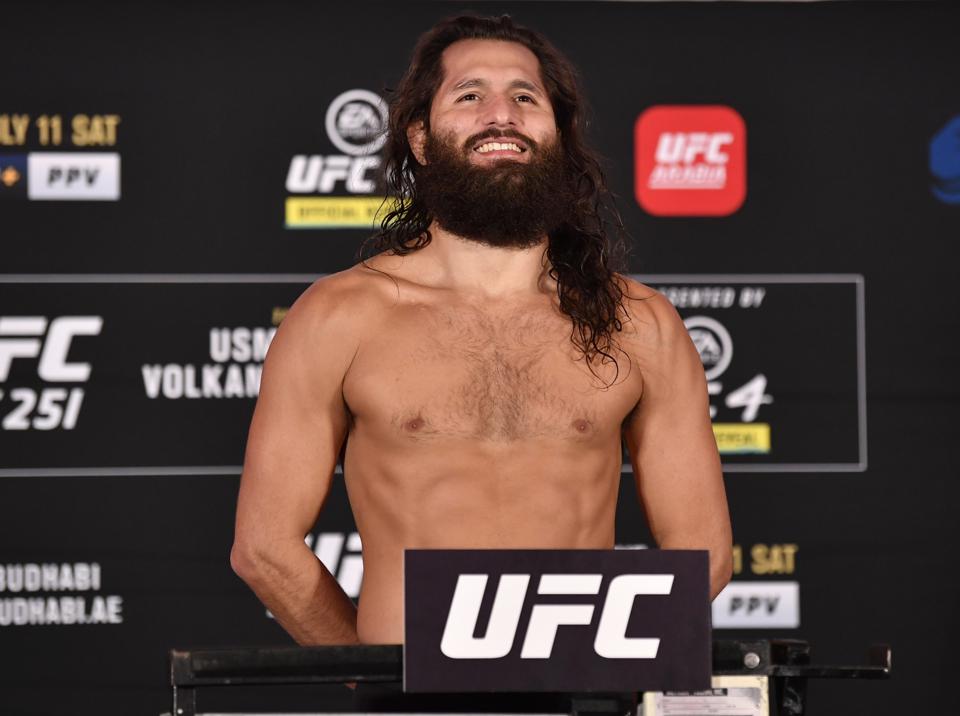 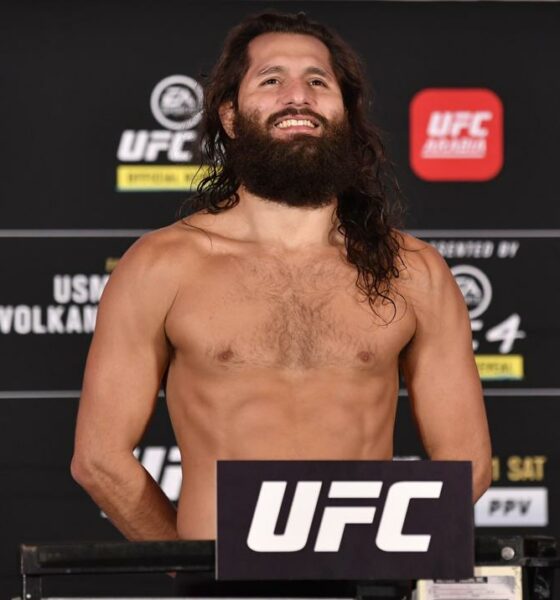 Jorge Masvidal has promised nothing but violence to his fans for his second title shot.

Ahead of his UFC 261 rematch with Kamaru Usman, #4 ranked welterweight contender Jorge Masvidal has a lot on the line. Having dropped their first meeting in July via decision, revenge has been the only thing on his mind leading into this weekend.

Speaking on SportsCentre, the BMF titleholder said, “I’m ready to go. I’m ready to shut this s*** down. It’s gonna be violent action from start to finish. I’m gonna expose the coward that he is and I say that with all honesty because he’s nothing but a coward.

“He said a lot of things that crossed the line. So let’s go. Let’s get in there and find out who is a real man and who is not.”

Very dismissal of the power of Usman, Masvidal feels like there is no risk of being on the receiving end of a knockout from the champ.

He continued, “I got in there 25 minutes with him and I never wobbled. He never hit my chin and I said, ‘Oh snap, I don’t want to get hit again.’ I was very tired, I was fatigued, and that’s usually when the hit will hurt you. That’s like times triple. If you’re fatigued and somebody touches you, it’s way worse. He doesn’t hit, he doesn’t crack.

“Who is he [knocking out]? The last guy that he beat up was a BJJ guy [Gilbert Burns] and the fight before that that he broke his jaw was some fragile wrestler guy [Colby Covington]. These guys are not dudes that are made out of stone. They’re not dudes that made a living off this [his fists],” said Masvidal. “Those guys that he beat up on the feet are dudes that made a living off ‘let me hug another man’ and stuff like that.”

“I don’t compete like that, I don’t make my money like that. People pay to see me because I’m gonna give them what they want: entertainment and nothing but violence.”

Usman and Masvidal fight this weekend at UFC 261, live from Jacksonville, Florida.

Will Masvidal live up to his word? Let us know!